Like most Arsenal fans, former Gunner, Nigel Winterburn enjoyed Arsenal’s 3-1 win over Tottenham in the North London derby earlier in the season.

The Gunners stunned their rivals in a game that showed they truly mean business this season.

However, they have struggled in their last two matches with both ending in consecutive draws against Brighton and Crystal Palace.

Although Mikel Arteta’s team is still not at the level he wants yet, after beating Spurs, they should be able to get wins against teams like Palace.

The Eagles were the better of both clubs when they faced Arsenal in the Premier League on Monday and nearly won the match 2-1.

A late goal from Alexandre Lacazette salvaged a point for the Gunners and Winterburn says Arsenal have to return to the aggressiveness and precise passing they played with against Tottenham.

Ahead of Arsenal’s next match against Aston Villa, he maintains that he wants to see the pace and aggression they showed against Spurs more often.

‘I’d like to see us play better,’ Winterburn told Metro.co.uk.

‘I think we look lightweight at times, and I keep going back to Tottenham, but we were very aggressive in that first half.

‘The passing was sharp, it was smooth, and the movement was outstanding, everything that Arsenal did in the first half of that game was the type of performances we want to see from our team.

‘Unfortunately, we’re not seeing enough of that at the moment, and I sometimes feel we keep the ball for the sake of keeping the ball at the back at times.

‘I’m just waiting for us to lose the ball, so I like to think we can be more explosive in our attacking play.

‘The pace and the aggression we saw against Tottenham is what we need to see and unfortunately, we haven’t seen that in some of the other games.’ 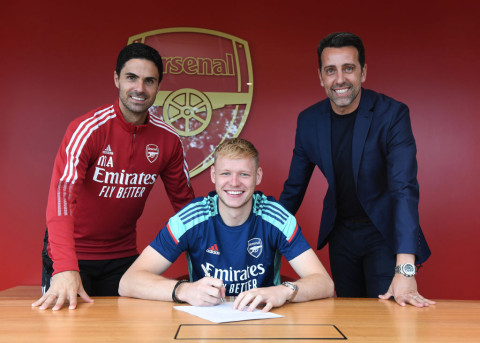