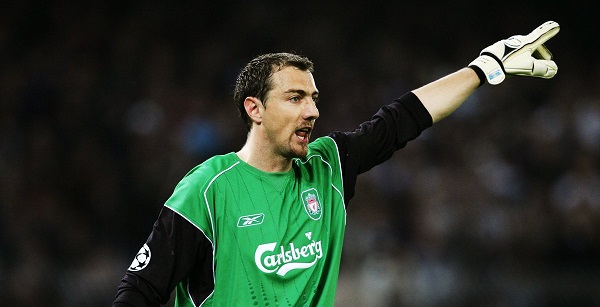 Jerzy Dudek was Liverpool’s hero in the 2005 Champions League final after the Reds came from three goals down to beat AC Milan on penalties, however, the Polish goalie could have been an Arsenal player instead.

He had spent some years in the Dutch league with Feyenoord and he was looking for a new challenge.

Liverpool and Arsenal were interested in him and Arsene Wenger gave him a tour of Arsenal when he was invited to visit the club.

However, his team rejected Arsenal’s offer of £7.5 million for his signature and told the Gunners that they wanted £10 million for him instead.

Wenger called him and said the deal was off because Arsenal couldn’t offer the amount asked even if he was a striker.

He would, however, join Liverpool for £5.75 million, less than Arsenal had offered for him.

On hearing that, a frustrated Arsene Wenger called him and gave him a piece of his mind.

“Arsene Wenger called me, and he was furious,” said Dudek as quoted by the Liverpool Echo.

“He was nearly yelling. I’d joined Liverpool, not Arsenal. After five years with Feyenoord, I was ready for a fresh challenge. That summer, I’d spent a couple of days in London and Wenger showed me Highbury and the training ground.

“It was a beautiful visit – we agreed terms and shook hands. I went back to Rotterdam, then Wenger phoned me. ‘I’m really sorry,’ he said. ‘Feyenoord want £10 million and we don’t pay that amount of money, not even for a striker’. The deal was off, and I was angry.

“Then three matches into the new season, Liverpool came in and I moved to Anfield – for £5.75m. ‘What the hell is going on?’ Wenger asked me when he called. ‘I offered £7.5m and Feyenoord said no!’ I said, ‘I’m sorry – I had nothing to do with it’. Joining Liverpool was meant to be.”

This is a very strange one I must admit, seems to me that Wenger should be furious with Feyenoord and not Dudek.