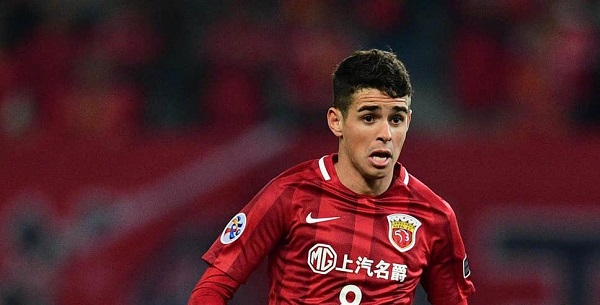 Former Chelsea star, Oscar has revealed that David Luiz and Willian attempted to lure him back to the Premier League to sign for Arsenal.

The Brazilian who currently plies his trade in China spent several successful years on the Blue side of London before earning a big-money move to the Chinese Super League.

Arsenal is gradually building a Brazilian community at the Emirates. They signed Gabriel Martinelli and David Luiz last summer, both have been joined by Willian and Gabriel Magalhaes in this transfer window.

Willian will be tasked with spearheading Arsenal’s creative force as they seek to return to the Premier League’s top four, but it seems that he wanted a little help from his former Chelsea teammate.

Oscar has recently revealed that both players called him to try to persuade him to join them at the Emirates but he insisted that he is committed to honouring his current deal at Chinese club, Shanghai SIPG.

“They called me, they came to call me,” Oscar said to Fox Sport Brazil. “Because we have good communication, they talked to me: ‘Come to Arsenal, come here.’