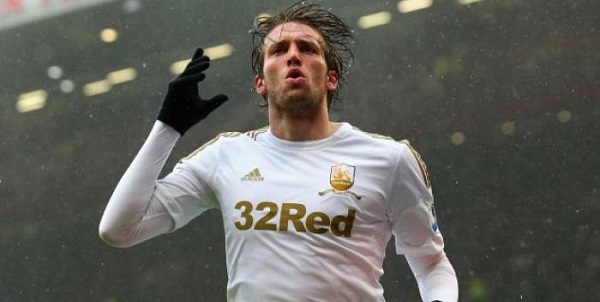 Michu had one of the most fairytale seasons in the Premier League after he starred for Swansea City for one season in the English top flight.

The Spaniard was so good in his debut season in the Premier League for Swansea that he scored 22 goals for the Welsh side in the 2012/2013 season.

His scoring run was so remarkable that the likes of Real Madrid and Barcelona were linked with a move for him, but nothing came out of the rumours.

The attacker, however, failed to hit the heights of his first season in England and he even had to retire at the age of just 31 after he couldn’t find a new team.

He was speaking about his career recently and he claimed that he might not have been good enough for the likes of Barcelona and Real Madrid, but he was confident that he will have been able to do a job for Arsenal if the Gunners had signed him.

“I’m not sure I could have reached either Barcelona or Madrid’s level,” Michu told FourFourTwo.

“But at Arsenal, after 22 goals for Swansea, I could have offered something.

“We won the League Cup [that season], knocking out Liverpool at Anfield and beating Chelsea 2-0 at Stamford Bridge in the semi-finals.

“I was lucky to play at Wembley – I joined Swansea for only two seasons, and it’s not normal to play at that stadium. Then we won the final 5-0.

“In a footballing sense, that was the best year I could have had. I scored 22 goals and lifted a cup at Wembley, then in the league, we beat Arsenal at the Emirates Stadium and I scored twice.

“We also had a manager who was a legend, in Michael Laudrup.”