Exclusive: Michael Thomas on Saka, the Benfica performance and Arsenal’s aims this season

Welcome to my first column on JustArsenal, and I am aiming to give you my thoughts on all matters Arsenal on a regular fortnightly basis.

First of all, I want you all to know just how much I rate the new Arsenal sensation Bukayo Saka. He is definitely up there with the young talents that are emerging around the world. It is hard to place him but I would say Saka definitely gets a place in my top 5. He is up there with Phil Foden who is absolutely amazing, Erling Haaland who is another Lewandowski, and Man United’s Mason Greenwood.

What I do want to see more of from the 19 year-old in the near future is to become more and more of a goal-scorer for Arsenal – in the long run, I want to see him replicate someone like Raheem Sterling and Jadon Sancho and aim for double figures every season from out wide. I think that should definitely be a target of Saka’s. He has all the ability in the world to get those numbers but he will also need the support of his teammates and the continued platform that Mikel is giving him.

I agree that the right hand side is probably where Saka is most effective in terms of goal contributions, but I don’t think that Saka’s emergence should mean that Pepe is likely to be left out in the cold. I feel like Pepe is best when playing from the left at the minute. His form is slowly beginning to improve but he just has to be more consistent. If not, the manager will never be able to trust him and may start looking for an upgrade in the summer.

Regarding the game against Benfica where Aubameyang could have turned the draw into a convincing win if he hadn’t missed a couple of easy goals. It wasn’t his best performance in front of goal, considering he had looked back to his best with a hat-trick against Leeds, but he didn’t stop getting in dangerous positions and was part of the move that saw the equaliser go in. Arteta shouldn’t be too worried about Aubameyang’s form just yet as I don’t believe someone of his experience and quality will let it affect him too much. He is a natural goal scorer and the goals will come hopefully sooner than later.

It’s good to see that Arteta is trusting Martin Odegaard to play so quickly after arriving on loan from Madrid. It is still early days for him, but he has an eye for a pass, links the play well and most importantly works very hard off the ball. It’s gonna be hard for him to get into full stride unless he’s in the starting line up weekly but so far so good.

It was good to see Cedric Soares getting another chance to show his worth as a squad player. Cedric has done really well coming in on a side that he doesn’t favour. You need a squad of players that when they’re not playing can still remain focused and be ready for their opportunity.

All-in-all, under the strange circumstances I think a draw against Benfica wasn’t the worst outcome, but the tie should have been put to bed. They will need a better performance in the second leg but I expect them to make it through to the next round.

With Pep Guardiola’s Man City coming up next, I would like to see Pepe or Martinelli replacing Smith-Rowe on the left. The youngster has been great but I feel like to get anything out of high flying City, we will need to be able to hit on the counter effectively and I’m not sure he is experienced enough to bring that to the team against such a top opponent.

Realistically, this is a season of transition for Arteta so I think that the top 4 is out of sight. I can’t really see Arsenal going on a consistent winning run and the other teams dropping enough points, but I think the top 6 is achievable and hopefully the Europa League trophy as well. 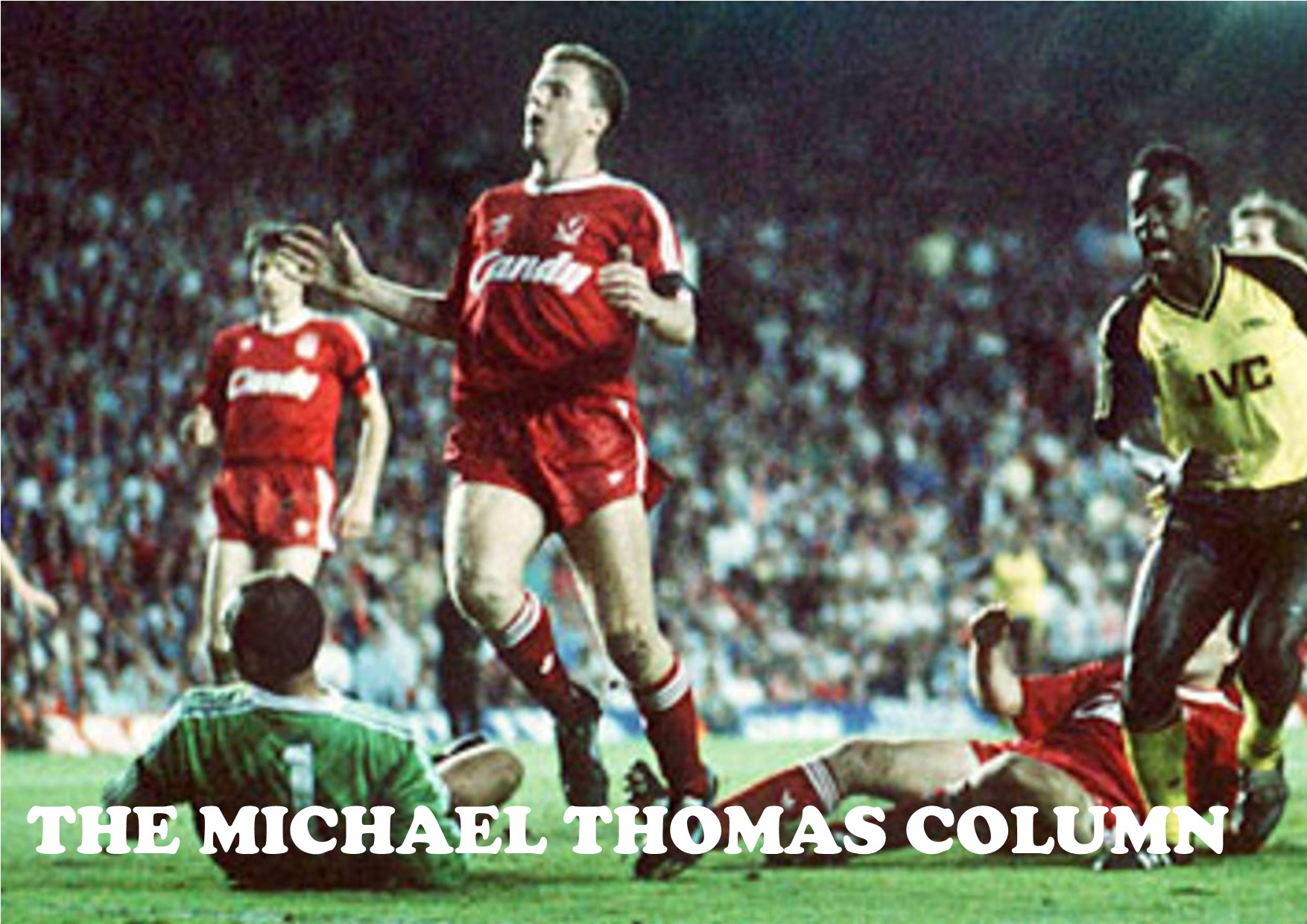 Many of us older Arsenal fans will remember the last game of the season in 1988/89 as our most exciting finish to a season ever, as the Gunners had to go to the reigning Champions Liverpool’s Anfield fortress needing to win by two clear goals to win the title not even on goal difference, but on goals scored, and Liverpool hadn’t lost by two goals or more at Anfield for three years.…

READ MORE:  Michael Thomas describes Arsenal’s “Once in a lifetime” title win at Anfield in 89