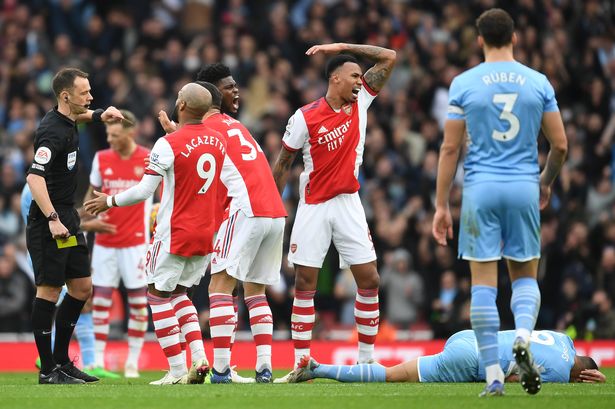 The FA has charged Arsenal for the misconduct of their players during the 2-1 loss to Manchester City.

The game was a tense one and within a few minutes in the second half, City scored their equaliser, Arsenal missed a goal and the referee sent Gabriel Magalhaes off for a second bookable offence because of a foul on Gabriel Jesus.

Arsenal players gathered around the referee in protest at his decision to dish out the red card.

The FA considers that an infringement against its rules and has charged the Gunners, according to The Daily Mail.

The club has between now and Friday to respond to the charge.

Refereeing in the Premier League has been questionable in recent weeks and that game saw some very debatable decisions.

Arsenal had control of the game and looked like the much better side before the red card.

Some decisions had also gone against them on the pitch and it was normal that they would protest yet another one.

It remains unclear how Arsenal will respond to the charge, but the FA should be very concerned about the inconsistency of refereeing decisions in matches this season.

Other clubs have also been on the wrong end of poor officiating. Hopefully, that changes in this second half of the season.