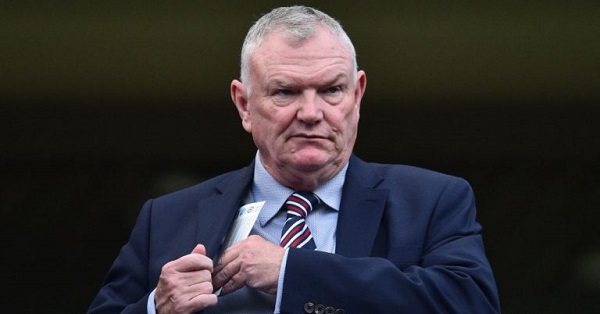 Premier League will not be completed claims Greg Clarke

FA Chairman Greg Clarke has reportedly told clubs that he doesn’t think that the Premier League will be completed.

The League has been suspended until next month when the administrators of the game believe that the competition would be able to be restarted.

However, Clarke who attended the emergency meeting that the decision to postpone the Premier League was made, told the clubs and officials that it wasn’t realistic for senior football to be played again soon, according to TalkSport.

Government estimates seem to point to the fact that the disease outbreak won’t even peak until the middle of the year.

The Premier League is set to meet again next week with the clubs hoping to conclude on their plans to end the season.

There have been rumours that Liverpool would be handed the title while no team would be relegated this season and the top two teams in the Championship would be promoted.

The same report also claims that the financial implications to the League are set to be enormous with the league losing close to £1 billion in TV revenue and clubs also set to suffer enormous losses due to their failure to collect gate fees as well as having to refund fans for games that won’t be played.