This is another never-ending transfer saga as Arsenal fans are waiting impatiently for the news that Pierre-Emerick Aubameyang has finally signed his contract extension, and also that the Brazilian defender Gabriel Magalhaes has finally put pen to paper and is confirmed as an Arsenal player.

Well, according to FreshArsenal, who has tweeted a picture of the Italian Corriere Dello Sport’s front page, which states that the Gabriel deal is done in Arsenal’s favour, and now Napoli, who are Arsenal’s biggest competitor for Gabriel, have decided on our big Greek defender Sokratis as their next target.

This picture was tweeted last night by a FreshArsenal writer, but a quick look at the actual front page this morning on the Corriere Dello Sport website shows the front page like this… 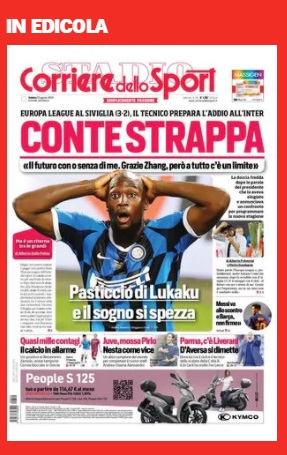 As you can see, the box saying its a done deal is nowhere to be seen…

So, we can all go back to waiting for official confirmation before getting our hopes up!

How many Arsenal players will be at the World Cup? Not many that I can see…
What really happened with Kieran Tierney and his alleged “disrespect for the Queen”
Nigel Winterburn gives his reaction to Ben White not making the England squad