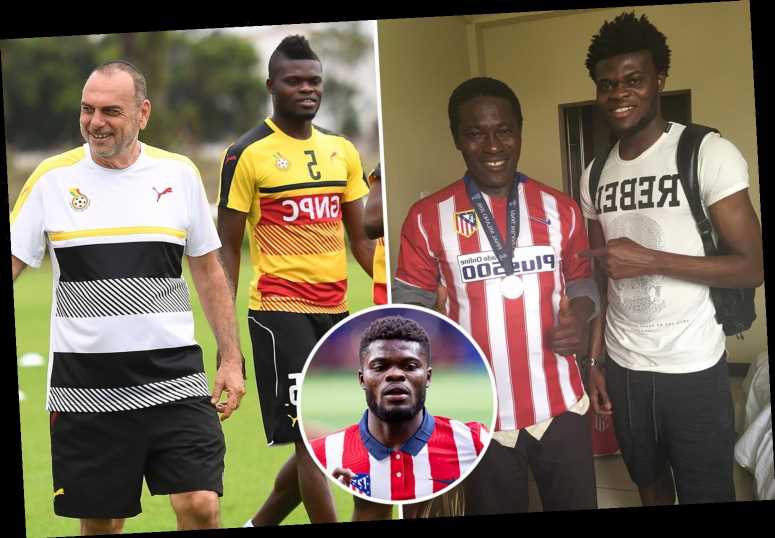 The midfielder arrived on Deadline Day after the Gunners triggered his release clause, and agreed to allow Lucas Torreira to join up with Atletico Madrid on loan also.

Partey is expected to become a key figure in the heart of the midfield after his long-awaited switch, with rumours picking up pace throughout 2020.

“From the first time I watched him, I saw a player who was very strong and good on the ball, who understands the game very well,” Grant told SunSport.

“Even when he was relatively young and inexperienced, he knew what he needed to do in terms of possession and position, how to get in the right place at the right time.

“But he’s also a very good boy, on and off the pitch, with a great character. He wants to do his job and he is very consistent.

“Thomas doesn’t tend to have good days and bad days because you know every match what you will get from him, which is his best for the team.”

The 65 year-old moves on to reveal what he will bring to the Gunners dressing room, before urging the club’s fanbase to allow him a little time to adjust to life in England, stating that he will prove to be a ‘good signing.

The Israeli added: “He likes to be with other people but is a polite boy, quiet most of the time but prepared to say what he thinks when it needs to be said, not shouting but making his point.

“It is good for any manager to have a player like that in his dressing room.

“I’d ask the Arsenal fans to give him a few weeks just to get used to English football, because it is still played differently in the Premier League to anywhere else, even if there are more foreign players now.

“But he will prove a good signing, perfect for what Mikel Arteta is trying to do.

“When you need him to hold the ball up, he can do that and he is a great fit for what Arteta is trying to make his team.

“If you ask him to play wide, he can but it’s not his position.

“He is a central midfielder, who will win the ball and play the right pass forward and can see the pitch, tactically disciplined as well and committed to his team.

“And he will make a big difference to Arsenal, just like he did at Atletico. He is a really good signing, just what they needed.”

I don’t think there is much doubt that Partey will be an integral player on the pitch for Arsenal, but it’s refreshing to hear that he could well be a great character to have behind the scenes also.

Is it too early to consider Partey as a future Arsenal captain?