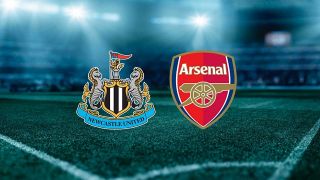 Former England international, Paul Parker has predicted a defeat for Arsenal in their Premier League game against Newcastle United on Sunday.

The Gunners will face off against Steve Bruce’s side in the Premier League hoping to get a win and put themselves in the best mental state to face Villarreal on Thursday.

They lost their last Premier League game against Everton, which was yet another setback in their bid to finish the season in the top half of the league table.

They have given up on reaching Europe through the league now, but it doesn’t mean they will allow Newcastle to get an easy win against them.

As a matter of fact, they are expected to perform well in the game because it will help to boost their confidence ahead of their Europa League semi-final second leg on Thursday.

But Parker believes they will lose the game to Steve Bruce’s side.

He says the Magpies have been in fine form recently and they have a way of playing well when they are facing top opponents.

He predicts on Euro Sports: “Newcastle’s recent form, I think, makes them favourite. The players seem to rouse themselves for games against the more famous sides in the league, and after their display against Spurs I think they will be expecting more from Steve Bruce’s side. They earned the right to perform after coming away with that result against Tottenham.