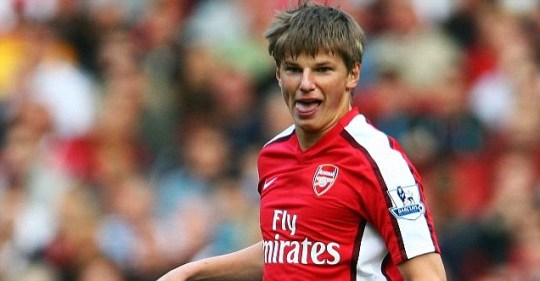 Andrey Arshavin says every Arsenal player has to contribute for their performances to improve.

The former Arsenal man has watched as the Gunners have struggled for consistency this season.

They have relied on the individual brilliance of the likes of Bukayo Saka, Emile Smith Rowe and Pierre-Emerick Aubameyang to get the results.

Arshavin, who played with Mikel Arteta at the Emirates says one player can win you one or two games, but it is the overall performance of everyone on the team that truly helps them to win consistently.

He says the Gunners had it easy in the group stage of the Europa League, but they will face tougher opponents now.

He then admitted that someone like Saka has impressed him, but he insisted that football is a team sport and everyone has to take responsibility for their role in making the whole team better.

“Comparing with their performance in the English league, of course, it’s completely different in the Europa League,” he told UEFA’s official site. “Arsenal were so strong [in the group stage].

“They went through the group stage very easily, but now, of course, they’re expecting much stronger opposing teams.

“I like some young players like [Bukayo] Saka, but you know, always, if you want to win, you have to talk about the team performance. It’s more important.

“One player can of course decide one game, maybe two games, but to go all the way through, you must be strong as a team.

“This is a point for Mikel Arteta: to get everyone together.”