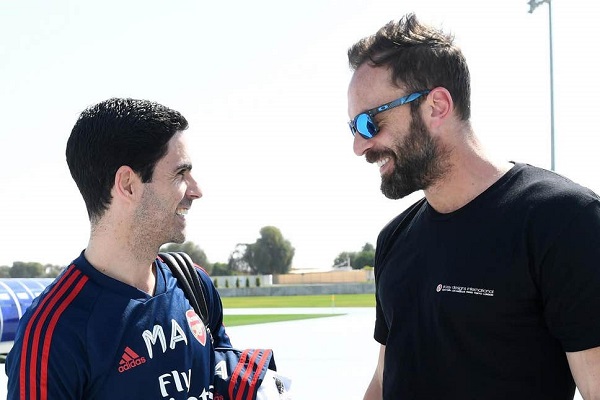 Former Arsenal goalie Manuel Almunia has become the latest former Arsenal player to back Mikel Arteta to help the Gunners return to the top.

The former Gunner played briefly with Arteta at the Emirates before leaving to have a journeyman career.

He is now coaching in the Middle East and recently granted an interview to Marçà.

He admitted that Arsenal is currently underachieving and reckons that the Gunners should be somewhere around the top of the Premier League table and also competing in the Champions League.

He, however, backed Mikel Arteta to return the club to the glory days again because he believes that the former Manchester City assistant manager has what it takes.

He told Marca: “With Arsenal, as the big club that they are, it’s a shame to see them like this. For the history, infrastructure, British and global fans and the attraction in general, they should be in the Champions League and higher up in the league.

“Sooner or later, they’ll be among the best again and I’m sure Mikel will help with that. He was a player not long ago.

“He’s shared the dressing room with some of the players he coaches now and he knows what modern football is like and he’ll know what the best thing for them is. He has to be given time.”

Arteta has overseen some much-needed positive changes at Arsenal since he became their manager late last year. However, he will be keen to strengthen his team when the transfer window reopens so he can get the players that can move Arsenal forward.