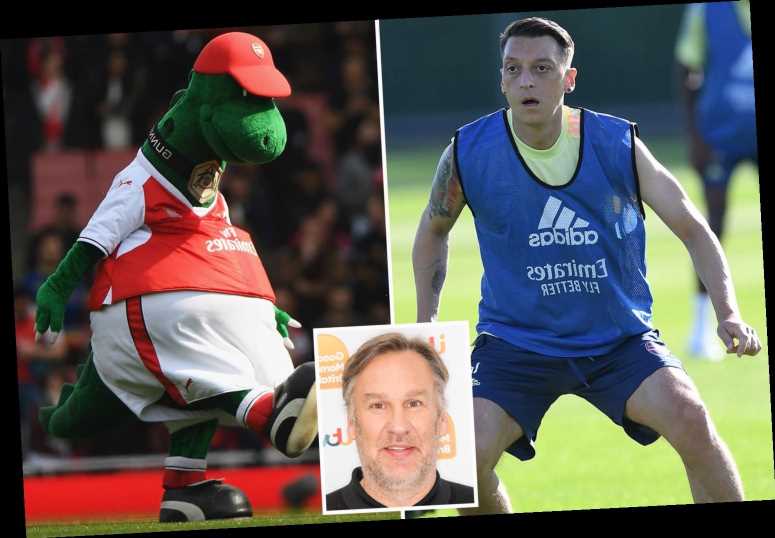 Paul Merson has slammed his former club Arsenal after their recent decision to sack club mascot Gunnersaurus, before splashing out on big-name signing Thomas Partey.

The Gunners made the audacious decision to remove the club’s mascot from the club, with Jerry Quy losing his job at the club after 27 years.

The club then followed that up with some extravagant signings in the summer transfer window, and uproar has ensued with the club claimed to have gone against the fans.

Former Arsenal star Paul Merson is the latest to slam the club’s decision, highlighting how current midfielder Mesut Ozil has made the club look ‘stupid’ by offering to pay his services.

“Mesut Ozil has made Arsenal look absolutely stupid by offering to pay for Gunnersaurus to keep his job,” he told his column at the Daily Star.

“But binning their mascot just shows how selfish and out of touch the people who run the club are these days.

“You cannot believe how angry I am about this. It is unbelievably shocking at the highest level.

“Arsenal used to ooze class. I don’t think the owners even know what that word means any more.

“Whoever made the decision to get rid of the mascot needs to take a long hard look at themselves.

“The guy in the suit, Jerry Quy. This bloke loves doing that. He was there when I played for Arsenal. He’s an institution.

“My kids grew up with him. They would be as interested in the dinosaur as they were in the players. Their faces would light up.

“It absolutely does my head in that they’ve got rid of him just to save money. How many other clubs, ones in the lower leagues who are really struggling, have done that?

“Even if they bring him back when fans are allowed back in the stadium, it’s a disgrace.”

Merson moved on to claim that they could simply have offered new signing Partey £1,000 less in order to cover the mascot’s wages, claiming their decision puts money over the fanbase.

He added: “The people in charge don’t care about the fans. If they did, the first thing they would have said is: ‘We keep Jerry Quy.’

“The club are putting money above the fans, above the things that are important. I can’t catch my breath if I’m being honest.

“I don’t think the people who run the club understand the club really.”

Does the club’s decision prove that the fans wants come before money?