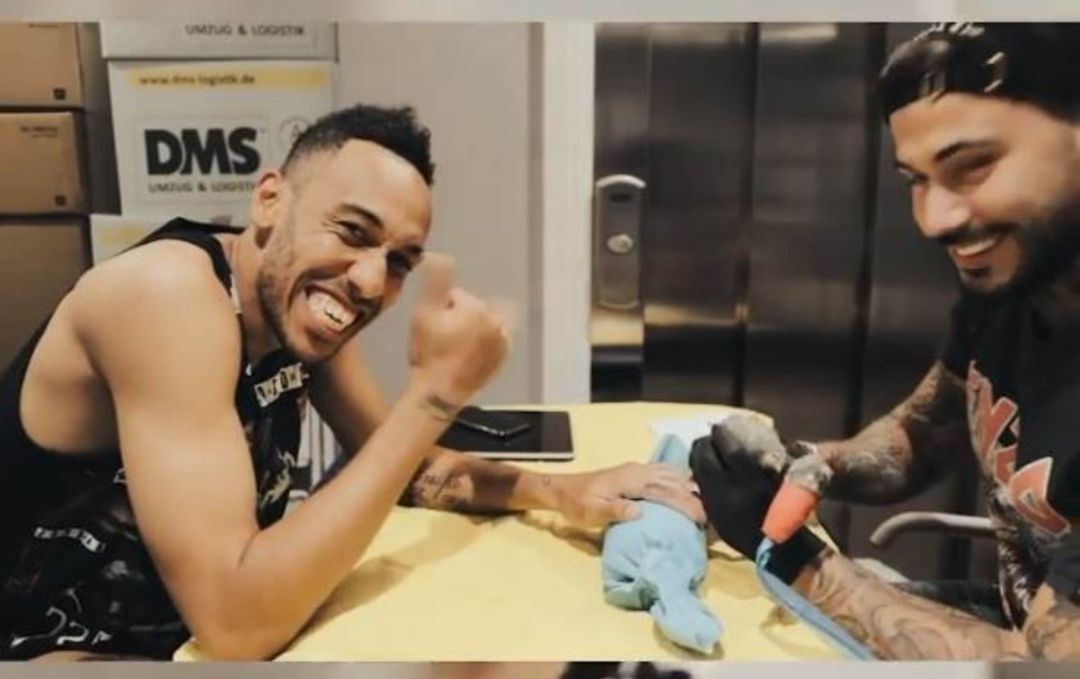 Kevin Campbell is adamant that the supposed Covid breach of Pierre-Emerick Aubameyang is being blown way out of proportion, and insists that getting a tattoo one-on-one is just ‘trivial stuff’.

Our hat-trick hero from the weekend can be seen getting a tattoo in a video which emerged online last week, and it was reported that PEA is set to be quizzed on the incident with him supposedly breaking Covid protocol.

Aubz is seen on the video getting a tattoo on his hand, with neither person wearing a mask in the video, but former striker Kevin Campbell believes the hype is nonsense.

Campbell told Football Insider: “Listen, it is about a tattoo.

“I do not think anybody can be talking about Covid breaches when the government are doing it themselves.

“They will have a word with him but come on, this is trivial stuff. It is trivial for me anyway.

“I do not see the problem with him getting a tattoo. People getting a haircut, people seeing close family members – what is the problem? I do not get it.

“Some people are following the rules strictly, some aren’t, the government aren’t following it – what is the problem?

“He wanted to get a tattoo. I am not going to haul him over the coals for getting a tattoo. If he was mingling with 10 other people, I could understand that, but it is a tattoo.”

I’m all for the situation to blow over and allow our star man to continue his resurgence in form without distraction.

While Campbell makes valid points about the fact that Aubameyang is only seen alongside one person, footballers have to keep to strict protocols in regards to their bubbles in order to maintain the continuance of the sport, which is the only reason there is any quip for me.

Should the tattooist or Aubameyang prove to test positive in the coming days, there would no doubt be uproar, but the reality is likely that there a number of one-on-one encounters for most people where masks are not worn, and talk of an investigation may well be a little extreme.

What are your thoughts?