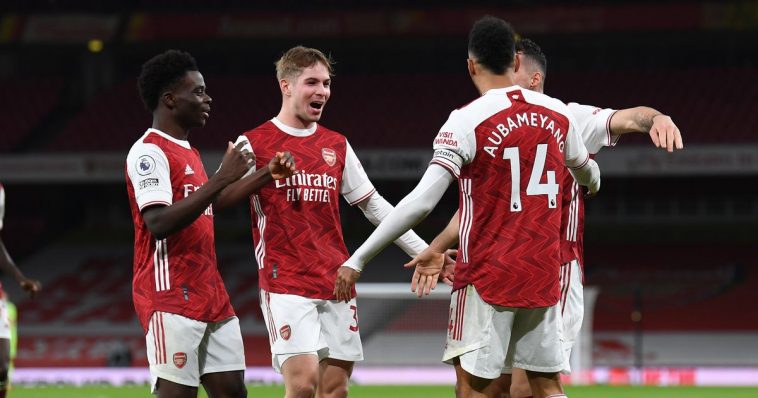 Former Gunner tells Arsenal which position should be their priority signing

Arsenal legend Michael Thomas has told Arsenal that another central midfielder should be their priority in the transfer market.

The Gunners moved to bring in six players this summer, all of which have impressed thus far, but one they were strongly linked with signing and missed out on was James Maddison.

The Leicester midfielder ended up staying put at the King Power, despite many reports claiming that he wanted to make the move to north London, and it remains to be seen whether we could make another attempt for his signature in the coming windows.

Martin Odegaard was brought into the fold from Real Madrid however, a player who initially joined on loan in January, but even he has seen his minutes limited of late thanks to the emergence of Emile Smith Rowe, who has debatably been our best player since the new season began.

The emergence of ESR as a key player, and one that can be relied upon consistently in varying roles is something that Thomas believes means we no longer need to sign a player in the ilk of Maddison, and we should instead be looking to bolster in central midfield.

“ESR has been in really good form, carrying the ball and getting into goal scoring positions which is what you want to see from him,” Thomas exclusively told CaughtOffside.

“I think long term you will see him in a more central position, but right now I think that left hand side suits him really well. It means he is able to pick the ball up already on the half turn and have a view of the whole pitch going forwards. His ability to move with the ball and bounce passes off Lacazette or Aubameyang is really good too.

“I think Maddison gives you a different threat, but for me another signing in the middle is more of a must now. Having said that, Lokonga has looked good since coming in, bar the mistake against Palace, but he is still young.”

While Smith Rowe has exceeded himself this term, I personally believe he was already threatening to show the kind of form we have been witnessing this season, especially given his lack of pre-season the year before. His versatility and ability to change his role in the team is what is impressing me most about him however, much like Saka did when he broke onto the scene.

I don’t see how Maddison would break into the fold at present, not with ESR in the team, as highlighted by Odegaard’s failure to break back into the starting line-up at present.

Do you believe that Maddison would improve our starting line-up? Do you agree that the CM role is where we should be investing next?