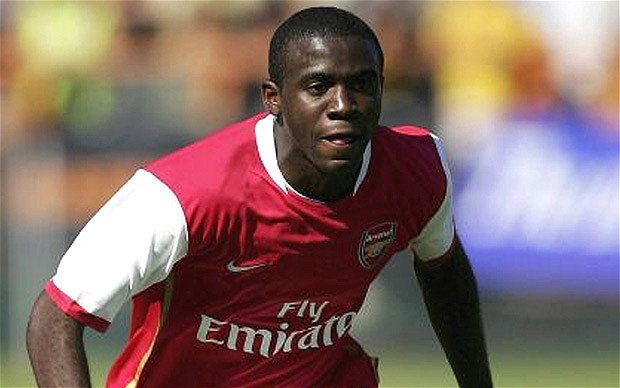 Former England and Arsenal youth star Fabrice Muamba has spoken out about his trauma, before declaring his love and admiration for those who who helped him survive after famously collapsing on the field.

The 32 year-old’s football career was cut short following the incident in March 2012, with him retiring at the age of 24. The former midfielder is amongst a very small amount of people who can say that he has no brain damage despite his heart stopping to beat for a supposed 78 minutes.

Fabrice has since taken up a youth coaching role at Rochdale, but is thankful for the exceptional help he had in making a full recovery, whereas most are not so lucky.

“I was fortunate that I had the best medical staff that day,” Muamba said. “They were able to come in and work under extreme pressure to be able to get me from the stadium to the hospital and still do CPR, which worked.

“I have been given a chance first of all to be alive and to see my kids. It’s huge for me and truth be told I should be six feet under right now. For me to still be here, get up in the morning, play with my children… forget about football, just being able to breathe – you take it for granted.

“When you’re on the other side of it you really appreciate it. It’s the little things and for me I’m thankful and I’m grateful every single day for every single thing I have right now to be honest.

“I know people who have been in a similar circumstance as me but they came out much worse than me. You have to remember I didn’t have any oxygen to my brain for 70-odd minutes. When you don’t have oxygen for over 70 minutes you should be severely brain-damaged but I’m not anything like that.

“I know people who had a heart attack for 10 minutes and they’re in a worse condition than me. For me, I enjoy everything and I don’t take anything for granted. People on the medical side have been great to me so I can’t complain at all.”

It’s a breath of fresh air to hear somebody being so humble, when some people would have been cursing their luck at succumbing to the attack at all.

Muamba could be negative about the football career he had lost, but instead lives every day thankful, and in times like this a number of people could do with a reality check.

Does Muamba’s lease of life inspire any of you to look at your own views? Do we all take things for granted?