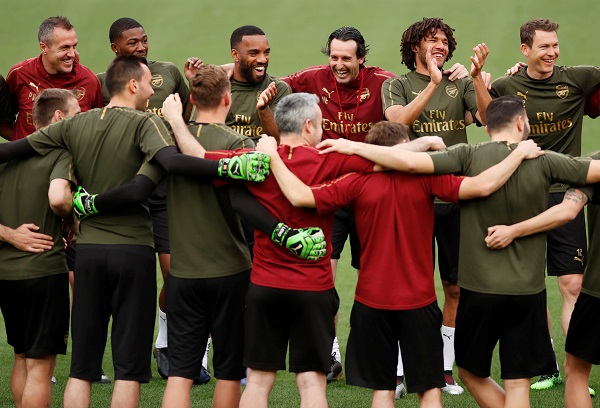 Former Arsenal star Lee Dixon is not a fan of Unai Emery and is of the opinion that Unai Emery is confused about what he is doing.

The former star who won four league crowns as a Gunners’ player has instructed the current group of players to question Unai Emery as he believes the Spaniard is confusing them.

Dixon encouraged the likes of Pierre-Emerick Aubameyang to tell Emery “we don’t know what you’re doing gaffer, can we change it?”

Arsenal has not had the best of starts this campaign and they return from the International Break, 17 points behind leaders, Liverpool.

They have been struggling to show any form of cohesion in games and Emery’s constant tinkering of the teams has led most people to believe that he may be clueless about what he is doing.

Dixon insists that Arsenal is now a predictable side, and they offer nothing different when they play different games.

Dixon said on The Season So Far as cited in the Mirror: “From [having] a shot at one end to conceding a penalty at the other end in the space of 20 seconds – that cannot happen, that has to stop.

“I could have picked any number of games and done the same analysis and just overlaid it onto the pitch.

“It’s happening every week – that has to stop and the players have got to go ‘We don’t know what you’re doing gaffer, can we change it? Can we change something?’.

Dixon definitely makes a good call here. I did an article a short while back basically saying the same thing. The players have to sit down with the manager and solve these issues.

There is clearly something amiss and the players and manager working together have a chance to arrest the decline. Divided they stand no chance.