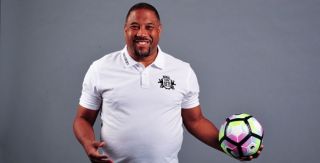 John Barnes has revealed that the transfer of Willian to Arsenal benefits both the Gunners and Chelsea.

The former Liverpool man is the latest individual to lend his voice to the transfer after the Brazilian left the Blues to join the Gunners.

Willian spent the last seven years in England as a player for Chelsea, and the Brazilian was one of the club’s best players.

His last deal with the Blues was to be renewed before it ran out, but the West London side wanted to give him just a two-year deal.

Willian, however, wanted a three-year deal, and that is what Arsenal offered him.

The Gunners confirmed his free transfer on a contract that will take him to his 35th birthday.

There has been backlash over the length of the deal because of his age and also over why the Gunners will offer him such a huge deal when they have just made 55 staff redundant.

But Barnes claims that the deal was good for both teams.

Barnes said as quoted by The Sun: “I really like Willian as a player and am surprised at what happened because I thought he was one of Chelsea’s best players this year.

“But he’s 32 and Arsenal, who are a team that need good players, clearly thought he was worth bringing him in for an extra year just so they can secure the transfer.

“It’s a very good signing for Arsenal. I don’t necessarily feel it’s bad for Chelsea because they have bough in Timo Werner and others, and look like they are going to make more signings.

“But for Arsenal, whether it is short term or long term, they had to give him the three-year contract offer, otherwise he wouldn’t be interested in joining, so well done to both Chelsea and Arsenal on this.”