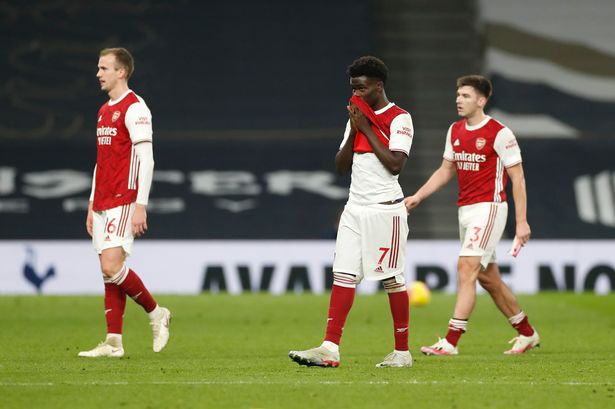 Frank Le Bouef has stated that he is extremely worried about Arsenal FC’s future, and insists that there is a lot wrong with their play.

The former Chelsea defender knows the Premier League all-too well from his five-year stint with the Blues, and he claims this Arsenal is not reminiscent of the team he used to come up against as a player.

The Gunners picked up their fifth loss of their last seven Premier League matches on Sunday, when their neighbours Tottenham punished them 2-0, but their problems appear to be much more than the results.

Le Bouef insists that while he doesn’t understand the drop off of Pierre-Emerick Aubameyang, the team appears ‘broken, and they do not appear as a team.

“I’m very intrigued about what happened to someone like Aubameyang,’ Leboeuf told ESPN after Spurs’ 2-0 win.

“That guy was so clinical last season, really willing to give his best.

“He had two chances, a crucial header maybe after an hour and it’s like he doesn’t want to go for it. It’s like he’s not hungry to get it and put it into the net.

“I don’t know, something is wrong, something is broken. You have no transition between the defenders and the forwards. I didn’t see anything coming up that made me think they would react.

“Okay, they had chances, they had some stuff that they showed but it’s mainly because Tottenham allowed them to do so.

“That’s not the Arsenal I used to know, who’s so powerful, a warrior team with fight and never gives up. I didn’t see that.

“I saw Xhaka fighting with everybody, trying to kick everybody but I didn’t see a team. I didn’t see a spirit in the team. I’m very worried about the future of that club.”

These underlying issues are clearly taking their toll, and while I hope that Aubameyang’s struggles are simply temporary, and just a confidence thing, these sorts of results cannot continue.

Does Arteta have what it takes to turn the form around? How many more losses before the board begin to consider his role as manager?