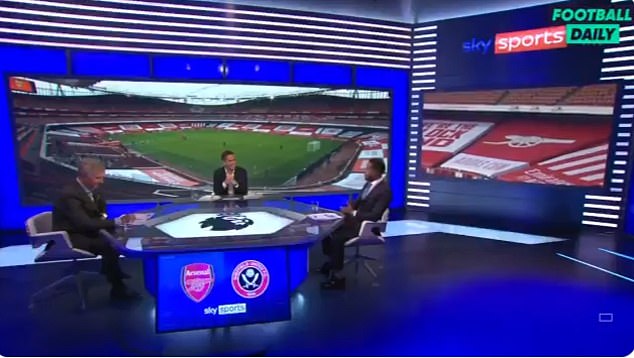 Former Rival full of praise and ‘respect’ for Arteta’s Arsenal

Patrice Evra has revealed his admiration for the work that Mikel Arteta has done at Arsenal, and claims that they have grown so much under the new boss.

The former Manchester United defender has previously written off the chances of the Gunners, believing their mentality was not a winning one, but he is happy to admit that things are no longer the same.

Evra names Arteta as the man to have made the difference, and they have earned his respect through it.

“I think Mikel Arteta is the main man and it is a big sign to see the captain [Pierre-Emerick Aubameyang] sign a new deal,” Evra said on Sky Sports ahead of Arsenal’s match with Sheffield United on Sunday.

“I see the green light for Arsenal and now also they bring the winning mentality and that’s why I now respect that club.”

Previously in 2019, Evra labelled our players as ‘weak’ and lacking character, saying: “I just don’t see any leadership. I don’t see any character or any personality. They look weak mentally.”

But the former United star no longer hold them in such negative disregard, stating: “I’d feel like I was playing against a baby but you can’t say that anymore.

“I’ll be honest I really have so much respect for Arsenal and I’m really happy the way Arteta is doing his things.

“He doesn’t have also enough money to pay for the players he wants for his team so I am impressed.”

Our team has certainly come a long way since the arrival as Arteta as manager, and it is quite astonishing how much change can come in such a short space in time, but what is refreshing is that everyone can see that there is plenty more to come.

Can Arteta take us all the way to the top?

Arteta visits Kroenke to ask for more support in this transfer market
25 January 2022, 18:30