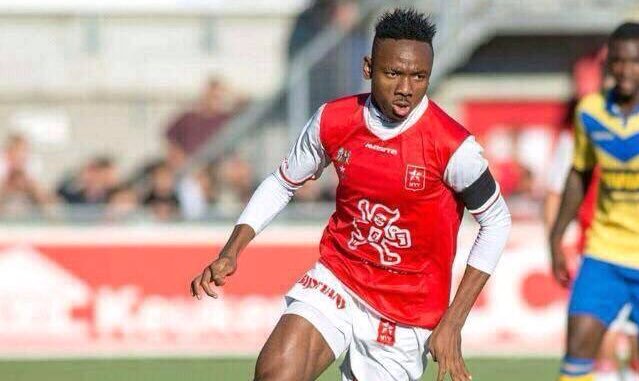 Former youngster claims Arsenal failed to convince him to stay

Kelechi Nwakali joined Arsenal after an impressive Under-17 World Cup campaign in 2015, but quit the club to join Huesca last summer on deadline day.

The Nigerian striker left North-London after failing to feature in a single competitive match, with authorities refusing to grant a work-permit to the now 21 year-old.

The young striker has failed to break into the playing squad for his new club however, despite being three quarters into the current campaign.

Nwakali has now claimed that Arsenal didn’t want to part ways with the Huesca forward, but he was just fed up at the situation with being out on loan to different clubs continuously.

“The deal was even done the last day of the transfer window, they didn’t want me to leave but at the same time I was giving them reasons why I should leave Arsenal,” Nwakali revealed in an Instagram interview.

“Staying in England and not playing, going on loan, I went on loan three times.

“It’s better I go to a place where I can settle instead of going to a place after one year I’ll leave, go to another place, it was difficult moving around, from Netherlands then Portugal.

“Even if it’s going to take time, I’ll work it out, I have still got age on my side.”

Nwakali’s recent move has not been working out so far this season, with him not even making the bench for a single league or cup encounter, but it is good to see that he has not lost hope of meeting his potential.

He earned his move to Arsenal after firing his Under-17 Nigeria side to World Cup glory in 2015, captaining and taking home the Golden Boot, and things will hopefully fall into place in the near future.

Could Arsenal have helped him find his feet if he had been granted a work permit?