Four big factors that are holding back Arsenal’s full potential

What’s Holding Arsenal Back From Reaching Its Fullest Potential?

Arsenal’s recent setbacks seem to be keeping everyone’s spirits down. But what, if anything, is to blame? Bear in mind the objective of this post is not to point fingers at anyone. Rather, it’s to delve to the bottom of the current situation and see where the roadblocks are as we approach a possible solution.

With that in mind, the following contributing factors all deserve a mention:

Whether Arsenal’s staggering amount of player injuries are due to Arsenal’s training methodology is anyone’s guess. Thomas Partey was our biggest signing this summer and he fell foul of our injury curse after just few games. Cedric Soares and Pablo Mari were signed a year ago and have missed nearly the whole year through injury. But one thing is for certain: with statistics being as they are, what sane footballer would want to suffer the same fate? All love for the club aside, the way things are right now, it’s simply not an attractive proposition for the sport’s top talent to join their ranks and potentially risk jeopardizing their career by doing so.

In the last couple of years, Arsenal has gone through three managerial changes. Call it what you will, but that’s by no means synonymous with stability. Historically speaking, football clubs with a stable leadership model tend to fare way better than those that are in constant turmoil. On top of it all, replacing the club’s top personnel costs money, the kind of money that would be better spent on just about anything else.

All conspiracy theories aside, the amount of yellow cards (not to mention twice as many reds as any other EPL team) Arsenal has been getting as of late compared to other clubs is, for the lack of a better word, interesting. So if we take a look at the number of tackles committed and pit it up against other clubs’ statistics, something doesn’t match up. All numbers seem to indicate there is at least some level of referee bias, although it could be chalked up to sheer coincidence. Either way, it’s something that’s worth keeping an eye out for when scouting the field for other clues and evidence that suggest the same.

To some extent, football referees, like any other human being, are prone to bias. 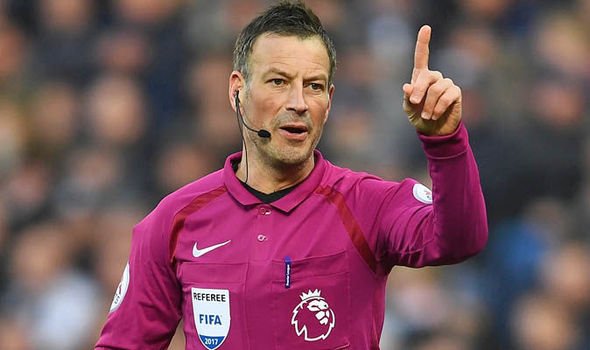 Again, this one comes down to how much of an attractive proposition it is to join the club in its current shape and form. Keeping the cast fresh is all fine and well, but if a newly-signed player is unavoidably cast to the sidelines and not being able to join the main roster due to team size restraints, that doesn’t look good on their career resume, does it? As a result, many great players decide to take their talent and business to other clubs instead. And that’s a shame.

Although Arsenal has had a rough patch as of late, it all comes down to not losing faith and keeping the passion burning. Now, more than ever, the club needs the support of its fans, so head down to your local kaszinó and sports betting establishment and put your money where your mouth is. In the end, Arsenal has a rich tradition of success that wasn’t built overnight, which is something to count on even in the roughest of times.