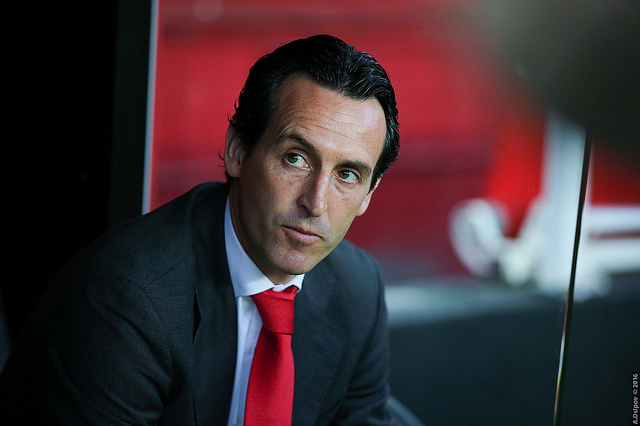 Football is a very fast game and managers often pay the price when their teams don’t perform to a required standard, and that is exactly what just happened to Unai Emery.

The Spaniard led Arsenal to the final of last season’s Europa League before losing to Chelsea. Arsenal fans expected a better season this time around but the team failed to build on that achievement.

The last straw was their 2-1 loss at home to Eintracht Frankfurt on Thursday night.

Arsenal has now named Freddie Ljungberg as their new manager on an interim basis. The Swede starts his reign this weekend when the Gunners travel to Carrow Road to face Norwich City.

When asked how the players reacted to the news that their former boss had been sacked, Ljungberg revealed that the players were a little sad about the development.

Speaking to Sky Sports, he said: “It’s a bit of a strange one.

“Not strange but a bit of sadness there, we had a coach for a long, long time, he was a good coach and also other coaching staff that all of a sudden disappear.

“It is a very cut throat thing in football and of course players are emotional as well and they will react on that.

“What I will tried to do was be as respectful as I could in that sequence and then after that when I trained the players, I just tried to take sessions where there is a little bit of excitement.

“Try to make them not think too much and just enjoy themselves and hopefully get them in a good mood because we had a game on Thursday, there was not the whole squad.”

Well. considering how the players performed for Emery I am not sure they were that sad to see him depart. But regardless, it is time to move on now.