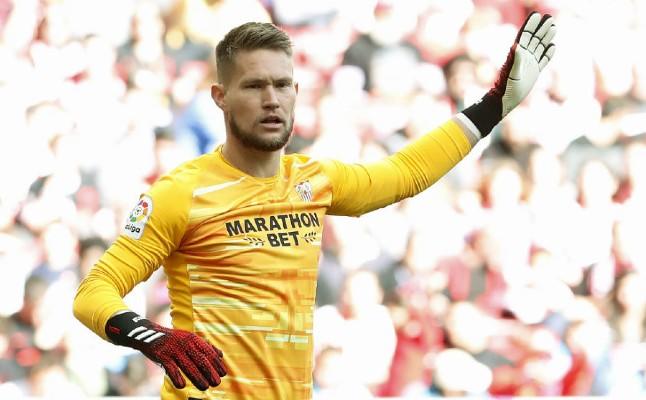 Tomas Vaclik starred for the Czech Republic yesterday as they eliminated the Netherlands to reach the quarter-finals of Euro 2020, with the goalkeeper a possible target for Arsenal.

The Express claims that the Gunners may have ‘stumbled across’ the ideal target as they look to fill the hole left by Mat Ryan, who spent the early months of 2021 on loan with the club.

There is also question marks over the future of Bernd Leno, who admitted that he was open to a new challenge when speaking to Arsenal ahead of the club’s Europa League clash with Slavia Prague, and his future is yet to be decided.

The goalkeeper is currently on international duty with Germany, England’s next opponents at Euro 2020, and we could well be waiting to hold talks with Leno before making any rash tranfer decisions.

Andre Onana had been linked as a target, a potential replacement for the German, but we could well need two new signings between the posts if Leno was to decide to depart also, and Vaclik has shown at the Euros that he is more than capable of such a move.

The Czech’s contract expires this week, and he will be allowed to talk to potential new clubs at any point, although I would imagine that he would be putting his future on the backburner whilst his country look to go further in the competition, with tough opposition in Denmark up next come Saturday.

Could Vaclik be a potential replacement for Leno? Or could he be the ideal man to take over the reigns temporarily while we wait for Onana’s doping ban to end in November?