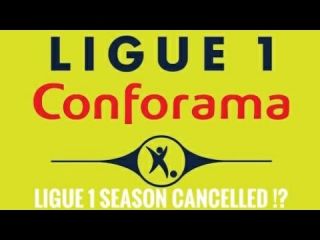 French league cancelled… What this could mean for Arsenal

The French Ligue 1 and Ligue 2 will not be continuing according to reports, but will this have any effect on Arsenal?

Our club is currently being linked with a number of transfers this summer, including Monaco forward Wissam Ben Yedder, but the cancellation of the French top tier will have financial implications on a number of sides.

It remains to be seen whether FIFA’s Financial Fair Play rules will be enforced to the fullest, but you can imagine the kind of wages that the likes of Kylian Mbappe and Neymar are currently receiving, and despite having mega-rich owners, their club could be under threat of expulsion from the Champions League.

Manchester City are already banned from next season’s competition due to some supposed fiddling of the books when it comes to incomes and sponsorship deals, but with a number of teams set to lose out on incomes due to the coronavirus, you could imagine a number of teams offloading high earners this summer.

Arsenal may well be able to profit from that, assuming that our division is going to be completed, with all recent reports from the Premier League seemingly positive, and with the government claimed to be keen on a plan to return to action.

We may well see the value of supposed target’s Ben Yedder, Lille’s Victor Osimhen, Gabriel Magalhaes and Boubakary Soumare all drop ahead of the coming window, while some more high-profile players may even become affordable.

Will England have to take note with the French league confirmed as over? Will there be a number of bargains to come out of France this summer following this news?