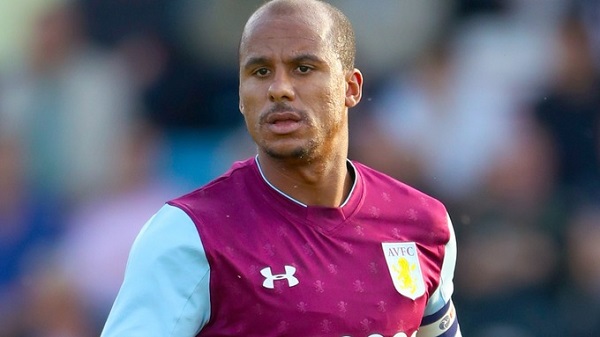 Former Aston Villa star, Gabby Agbonlahor has launched an astonishing attack on David Luiz and he branded the Brazilian and Shkodran Mustafi as “useless”.

Luiz moved from Chelsea to Arsenal last summer after Frank Lampard decided not to guarantee him a place in the starting XI at Stamford Bridge.

His one year at the Emirates has been calamitous and on the return of football following the coronavirus-enforced break, he proved yet again why he shouldn’t be trusted.

Agbonlahor admits that Luiz has been a solid defender, even recalling a time he played against him when the Brazilian still played for Benfica.

However, he claimed that age has caught up with the former PSG man and he is no longer of the required standard to play in a top Premier League side.

He added that Mustafi was not good enough for Arsenal and wondered what the Gunners’ fans would be thinking as their club move from the days of Martin Keown to the current set of defenders.

‘No-one there is going to go into that changing room and absolutely scream and shout, there’s no-one,’ the former Villan told the TheConv3rsation podcast as quoted by Metro Sports.

‘They’ll probably be in there and just like ‘oh unlucky David Luiz let’s have a game of Nintendo DS on the coach afterwards’.

‘There are no leaders in there, there’s no Tony Adams, Ray Parlour or Martin Keown.

‘The next game Luiz plays, if he has a beast, I’m telling you Arsenal TV, Troopz and all the guys will be outside the stadium causing carnage.

‘I heard on the radio the other day someone said he’s a world-class defender, he was.

‘I remember we played against him for Villa in 2006 in a pre-season friendly. He was at Benfica and Martin O’Neill chased him around the pitch to hug him because he was so good.

‘He’s had a great career but it’s like anyone, when you get that bit older you lose your legs and pace.

‘He’s a defender that like to be so casual, he likes to have a bit of fun back there. He gets bored, he should be a defensive midfielder in a team when he’s got runners around him.

‘He’ll have a bit of fun as a defensive midfielder, ping his balls and go and take some shots.

‘But a centre-half? Honestly if I was anyone in this League now playing against David Luiz, my team-talk before the game as a manager would be to target him.

‘If there were fans in the stadium, David Luiz plays again and he makes one mistake those fans will do what they did to (Granit) Xhaka

‘Mustafi is just as bad, so to have two useless defenders…Arsenal fans must be thinking what’s going on here? From Adams and Keown to these two…’

“Players want to play in the Premier League” Arsenal tipped to land their Rangers target
16 September 2021, 11:00