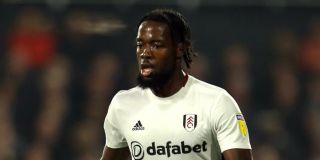 Fulham’s Josh Onomah is relishing the chance to take on Arsenal next week, and is targeting the win.

The 23 year-old came up through the ranks at Tottenham Hotspur, and has fond memories of coming up against our side from his youth days.

Josh played a key role in his side’s promotion last term, impressing in the play-offs on top of a great season, and could well be an outside chance to make the squad for the European Championships with England next summer.

The midfielder is looking to start his season with a win despite starting his campaign against our side, claiming that his side need to prove a point having come up from the second tier.

“Arsenal is definitely a good one to look forward to. I was at Spurs for more than 14 years and obviously, I grew to have a lot of love for the club, so playing Arsenal – from my youth days all the way up to the first team – was always a big game,” Onomah told Fulham’s official website.

“I’ll definitely be taking momentum from that into the first game. They won the FA Cup final and they just won the Community Shield, so they’re on top form. But we’re in one of the best leagues in the world now, so you’re going to play the best teams.

“We’ve just got to take that challenge in our stride and hopefully we’ll come off the pitch as the winning side next Saturday.

“As it’s the early kick-off, most people – if not everyone – will be watching, so we’ve got to show what we’re capable of, stamp our authority, and show that we are a Premier League club.”

Arsenal on the other hand have their own point to prove in their first full season under Mikel Arteta, and we’ve already shown that we are a team that has to be taken seriously by beating our rivals to the FA Cup and Community Shield in recent months.

It will be nice to show our former North London rival a reminder that we are the biggest club in the area, but will Arteta be worried about the challenge the West London club set?