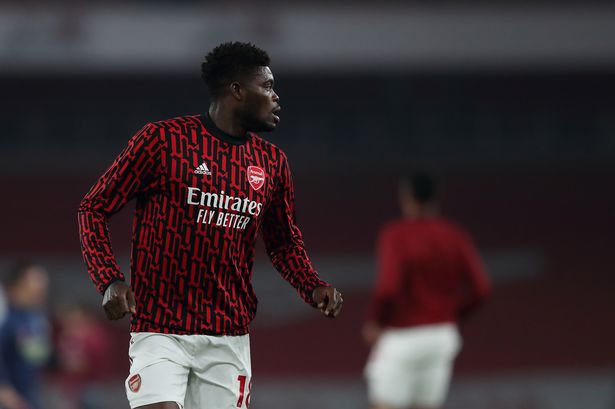 Arsenal have released a statement informing the fans of the latest in their physio room ahead of the clash with Burnley.

The Gunners confirm that Thomas Partey will miss the clash with the Clarets through injury, while Nicolas Pepe will also miss out on his third and final match due to his suspension, having gotten a red card against Leeds two weeks ago.

We also have doubts over Gabriel Martinelli and David Luiz. The defender has been monitored closely after his clash of heads with Wolves striker Raul Jimenez, in which he endured a head wound, and isn’t expected to be rushed back into the side. He is in full training however, and cannot be completely ruled out.

The young forward is also unlikely to feature, having picked up only 45 minutes of action on Tuesday night for the Under-23 side against AFC Wimbledon, but is now back in full training as he works on the final stages of his recovery.

Pablo Mari and Calum Chambers both played the full 90 minutes of the win over Dundalk, as to prove their fitness after only recovering from lengthy absences also, and could well be in contention for the first-team.

Should Mari or Chambers be in contention for a return to the Premier League XI? Will the side miss Pepe given his recent form in Europe?