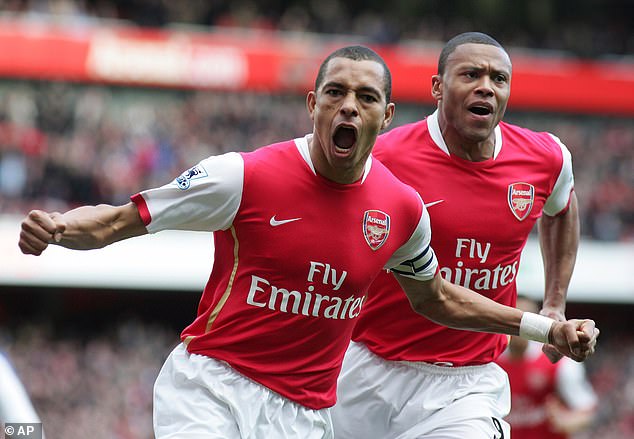 Gilberto applauds Liverpool but Arsenal’s invincibles are still No.1

Former Arsenal star, Gilberto Silva has hailed Liverpool for their impressive campaign as the Reds look set to end their 30 years wait for their first Premier League title.

The Reds have been impressive and they have broken lots of records along the way this season.

They were hoping to end the season unbeaten and in doing so break Arsenal’s record of 49 straight league games without tasting defeat.

However, the Reds were beaten 3-0 by Watford over the weekend in arguably the shock result of the season.

Silva backs the Reds to go on to do “marvellous things” but he reminded them that their loss to Watford means that the Gunners remain the only unbeaten side in Premier League history.

Gilberto is obviously delighted that Liverpool didn’t break the record and admitted that he feels proud to be a part of that team that would be remembered for years to come.

According to The Times, Gilberto said: “Liverpool came very close to the unbeaten record we hold with Arsenal. I have always said that one day it may happen and the way they have been playing, I was expecting them to do it.

“For most people, it was unexpected that they would lose at Watford but we are still there as No. 1, and this is a very special achievement.

“I was only talking about Arsenal’s Invincibles season last week over lunch with Jens Lehmann, our goalkeeper, and David Dein, who was vice-chairman. It is impossible not to talk about it. Every conversation I have with team-mates from that time is special.”

Classy comments from Gilberto and he is spot on with what he has said. What Liverpool have done this season is impressive but they are no invincibles.