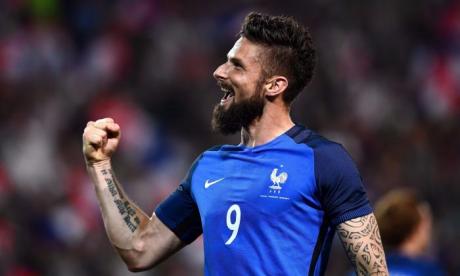 Olivier Giroud appears to suggest that he didn’t mind joining Tottenham last year as he struggled for a game-time at Chelsea, despite his past stint at Arsenal.

The Frenchman left the Emirates for Stamford Bridge in 2018, following the arrival of Pierre-Emerick Aubameyang at Arsenal in the same transfer window.

He had helped the Blues to defeat Arsenal in the final of the 2018/2019 Europa League.

However, he struggled for game time in the next campaign and was desperate to leave Stamford Bridge.

Several clubs wanted to sign him and one of them was Tottenham. The striker has now revealed that he didn’t mind joining them at the time because he just wanted to play.

He concedes that it would have been a very unusual move considering his past with Arsenal, but says it is part of what they have to put up with as footballers.

When discussing the transfer to the Tottenham Stadium, he told The Daily Mail: ‘Well, there was a very small chance,’ he smiles. ‘I said to Frank I was so determined to leave and play. I told him I had Lazio, Inter and, yes, even Tottenham.

‘To be honest, it would not have been a good idea for me as a Gooner for five and a half years to go to Tottenham, would it? I would have disappointed so many people but this whole thing is part of what footballers have to deal with.’

Giroud identifies a problem that could stop Arsenal from making progress under Mikel Arteta
12 October 2021, 17:00

Former Gunner reveals how he almost did the unthinkable
16 September 2020, 19:20