Arsenal fans can use this break for renewed optimism and passion for the team.

Arsenal fans have endured a torrid campaign and, understandably, they began to make the Emirates a toxic place for the players on occasions this season.

The club fans had to watch the horror show the players put up during the reign of Unai Emery, thankfully, Mikel Arteta has turned things around.

Arteta seems to be a manager that understands the importance of playing for the team.

The Spaniard has helped to mend the relationship between the club’s fans and players but there is still a group of fans who can’t wait for the slightest of opportunities to turn against their team.

These fans usually use hashtags like #Artetaout when the team performs badly or when they think the manager has made the wrong choice.

There will always be cynics, however, if this Premier League season is abandoned or ended early, Arsenal fans have to return to a new campaign with new vigour, positivity and enthusiasm.

The players will want to give their best every time they step on the pitch to represent the club, but there are times that it just doesn’t come off for them, fans have to understand that and keep the energy at the same level at all times.

This enforced break gives everybody an opportunity for a fresh start, let’s hope it is used wisely. 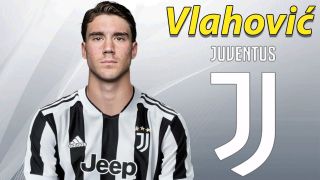