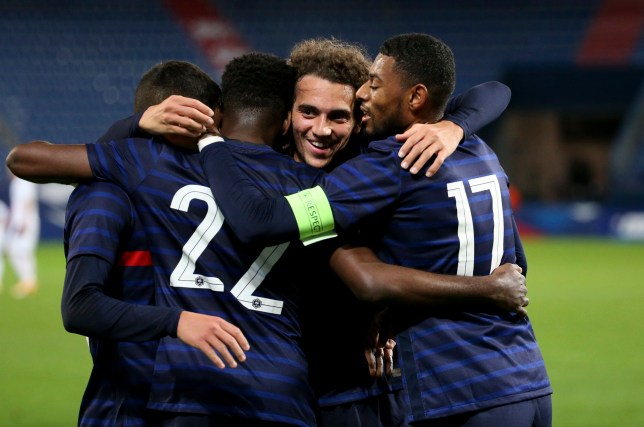 Arsenal loanee Matteo Guendouzi capped off a fine performance by teeing up teammate Randal Kolo to seal the win for France Under-21 side.

The 21 year-old is currently spending the season on loan with Hertha Berlin in the Bundesliga, having fallen out with Gunners boss Mikel Arteta last term.

The youngster has been limited in his playing time with his temporary club, thanks to joining late into the window which closed last month, and having missed matches thanks to a positive Coronavirus test.

Matteo has picked up two league appearances so far however, and looks set to play a key role for their side going forwards.

This week however, he has been enjoying the international break with the France Under-21 squad, where he played a key role in eight of their 10 qualifying matches, with him missing the loss to Switzerland before helping them to eight straight wins.

His side managed to secure qualification for the Under-21 European Championships last night by beating Switzerland, who only needed a draw to deny their side a guaranteed route to the 16-team finals.

Guendouzi sealed the game off by swooping in to dispossess his rival, before sprinting the length of their opposing half before putting on a plate for his teammate to fire home.

Matteo Guendouzi delivered a masterclass last night for France U-21 to book a place at the Euros.

I know he had his problems with Arteta at Arsenal but this kid has so much talent and so much upside. Arteta should make it work.

Guendouzi future remains up in the air following his spat with Mikel Arteta, while his attitude has come into question more than once, but his talent is undoubted.

Hopefully his time spent in Germany will allow him to mature off the pitch, and he could return to Arsenal next season to concentrate on his football.

Do we think Guendouzi could resurrect his Arsenal career?