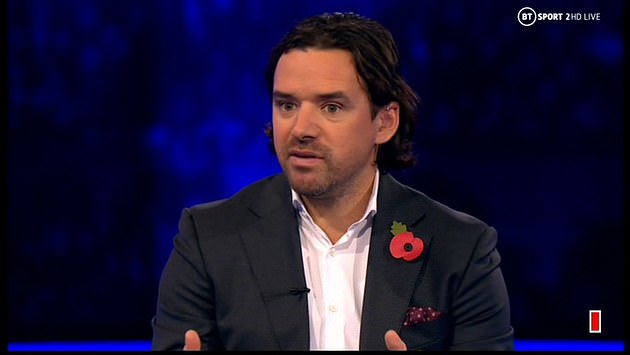 The 19 year-old has picked up two goals and an assist from only 60 minutes of action this season, albeit with all those minutes coming in the Europa League.

One could argue that they had a favourable group draw, but that return isn’t to be frowned upon, and his performances have earned him a fan in Owen Hargreaves.

The former England international believes he is a talent who brings ‘something different’ to the side, and Arsenal’s results in the league at present have left a lot to be desired.

“He has got something, 100%, Hargreaves told BT Sport’s coverage of the Europa League (via HITC).

“Just the way he protects the ball, he brings his teammates into play, he makes quick decisions, doesn’t get caught in possession, sets it, he spins. Just think he is just one of those players who gives something different. He was really good to watch today.”

Balogun is currently the club’s fourth-choice striker, behind Pierre-Emerick Aubameyang, Eddie Nketiah and Alexandre Lacazette, but the trio have struggled to find goals in the division of late, and that is a problem that Mikel Arteta will be keen to fix.

Should Balogun get the chance in the first-team while his rivals continue to struggle?