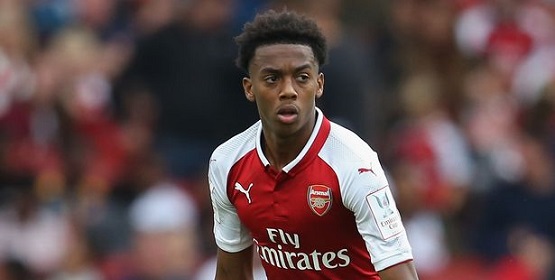 Has Joe Willock done enough to earn a start against Newcastle United?

Joe Willock has been one of Arsenal’s most impressive performers in the pre-season and despite losing to Lyon yesterday he came out of the game with his growing reputation enhanced further.

The 19-year old has adapted to his midfield role comfortably, he looks assured on the ball, he makes darting runs and is not afraid to have a go at putting the ball in the back of the net.

But competition will be fierce, it is probably nailed on that Lucas Torreira will be one of the central midfielders and it is now a question of who will partner him.

Granit Xhaka is clearly liked by Unai Emery and may even be named captain, Dani Ceballos has been brought in on a years loan and unless he displaces Mesut Ozil will be in the running and of course, there is Matteo Guendouzi.

Emery could easily go with a three-man central midfield but that opens up huge questions about the front line, especially if Nicolas Pepe signs.

It is definitely an intriguing question, do you risk the teenager at the highest level in place of more experienced players?

Personally, I think he has done enough and should be rewarded with a start but I am not that confident that Emery will take the risk, he seems more at ease with Xhaka and that is a worry.