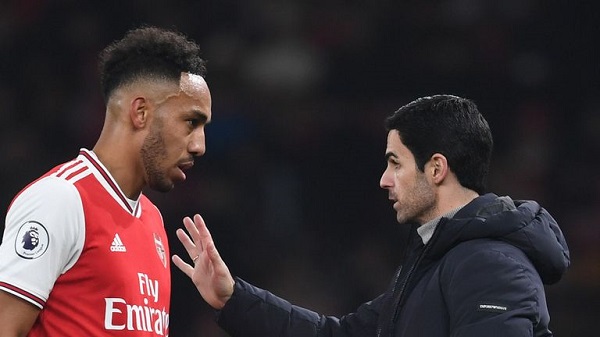 Has Mikel Arteta confirmed that star man will not be leaving Arsenal in January?

Mikel Arteta fairly relaxed over Arsenal captaincy and will not rush any changes.

Arsenal manager Mikel Arteta has been doing the mandatory press conference ahead of the FA Cup clash with Leeds United and one subject he was questioned about was the Arsenal captaincy and Pierre-Emerick Aubameyang.

The Gabonese hit-man is the current Arsenal captain, however, he is being linked with a move away and he has yet to agree on a new contract.

It was inevitable that Arteta would be asked about the current situation and the Spaniard did not dodge the question.

Arteta said per fourfourtwo: “The more stability we can generate with our captain and the players we have in the squad, I think the more clarity we will have to transmit to the fans what we are trying to do.

“There are many factors, some we cannot control, but at the moment everything is OK and not the time for me to change things in place because I haven’t seen real things to make the decisions.

“I have been at clubs that have four or five captains. It is more a leadership group than captains. At the end it is one guy wearing the armband and after the team picks the leaders.

“The moment they pick the leaders is when someone talks if they listen or they are looking at the roof. That is when you see.”

Some in the media have taken Arteta’s comments as some sort of message to Aubameyang as the “Mikel Arteta issues Arsenal captaincy warning to Pierre-Emerick Aubameyang” headline in the Mirror screamed but to me, it was a fairly standard response talking about stability etc.

What I took more from these comments was the part about now not being the time to make any changes. That tells me Aubameyang is going nowhere this month.

Otherwise, why would Arteta say he is not making any changes right now? He could hardly keep Auba as the captain if he knew the player was wanting to leave this month.