Have Arsenal already agreed a deal for Winston Reid? 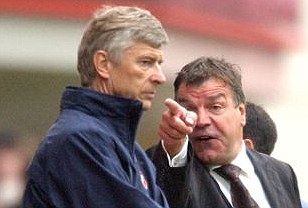 Arsenal have been linked with the West Ham defender Winston Reid ever since the summer, and as the New Zealand international is out of contract at the end of the season it could be quite conceivable that Arsenal have already lined up a move to bring him to the Emirates.

The Hammers manager Sam Allardyce seems to be convinced that Reid has already prepared to sign for a new club, even though it is technically illegal for him to talk to other Premier League clubs until June. Allardyce was aked about Reid’s situation in the Express: “From what other people are telling me what’s going on in the world of football makes it difficult to think he’s going to stay here,”

The reporter then asked him: “You mean a lot of managers are getting calls from his agent?”

“You said that, not me,” Allardyce replied. “He’s not allowed to, no. Only foreign clubs. But can we prove it?

“If he’s not going to sign a contract with us I would think that realistically I find it highly unlikely if it’s not already verbally done somewhere else.

“It’s just a fact of football. It’s what happens. It’s just the way it is. You have to accept the way it is and, contrary to whether it breaks the rules or it doesn’t, it happens.

“You are not going to prove it anyway. It’s just one of the ways the football world works.

“What’s the point of having the rules? Because we’ve had them for a long, long time. If you can prove that they’ve broken the rules then they’re in serious trouble aren’t they?

“But you can’t prove it these days. You hear rumours and this that and the other.

“It might have nothing to do with the two clubs directly, it could be between two agents. So how can you relate that to the football clubs? You can’t so it all gets done that way.”

Reid himself didn’t dispel the idea a couple of weeks ago when he was asked about his future. He said: “It doesn’t really affect me. It is just one of those things that has been going on in the background,”

So it would seem something is going on, but is it likely that Reid could be moving across London to the Emirates? I can see this free deal being attractive to Wenger…..