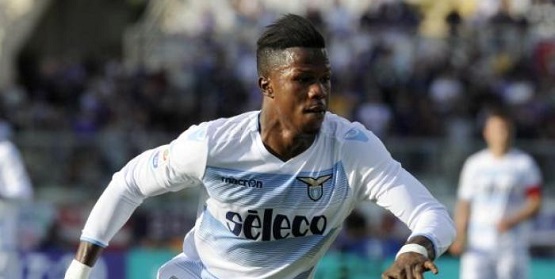 Have Arsenal identified an alternative to Zaha, Fraser and Carrasco?

Arsenal has been linked a whole host of forwards this summer, mainly wingers and the three names most prominent have been Bournemouth’s Ryan Fraser, Crystal Palace’s Wilfried Zaha and Dalian Yifang Yannick Carrasco.

You can now add another name to that in the list, Monaco’s Keita Balde.

According to France publication Le10Sport, the club has been monitoring the situation around the 24-year-old and the door has now been opened up due to Inter Milan no longer being interested in the player.

Balde spent last season with the Italian giants but did not exactly set Serie A alight with just five goals in 24 appearances.

So the situation is fairly simple, Inter does not want him and the Senegal international is not at all keen on staying with Monaco.

The valuation on Balde is around about £30 Million but the chances are he can come for significantly less simply because that figure was a part of the agreement with Inter only and Monaco must know they will probably not get that amount for him.

This one could be interesting because Zaha is probably too expensive and would mean weakening the team with sales in order to afford him, Arsenal does not seem to be following up their reported interest in Fraser and Carrasco just comes with too much baggage.

Regardless, it does show that Unai Emery is determined to land a winger in some form and has clearly identified that area as one that needs strengthening.