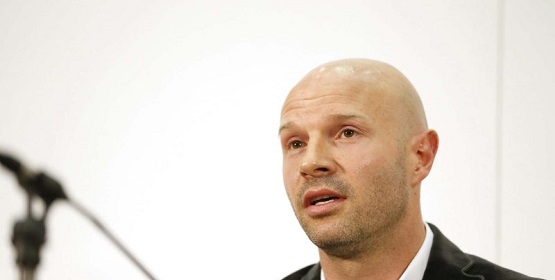 Yesterday we covered the ridiculous Arsenal Tottenham combined XI chosen by soccer pundit Danny Mills. His selections have gone viral and not because he put out a considered, well balanced and thoughtful line-up but because he went with no less than nine Spurs players.

This is what the former Leeds United player went with

And this is how some fans reacted on social media

The real reason that Danny Mills is only including two Arsenal players in his North London combined XI. He’s hated us ever since. pic.twitter.com/bzc5vAaKez

He had a bang to the head?! pic.twitter.com/C1snRVFZ6J

There were literally hundreds more, in fact, Sky Sports tweeted this multiple times, they just knew it would get a reaction and it sure did.

Apart from Spurs fans, there is almost no one that takes Mills serious anymore, not when he puts out this rubbish.

I chose not to publish some of the more colourful responses but anyone typing in Danny Mills on Twitter can see for themselves how his combined line up has been received.