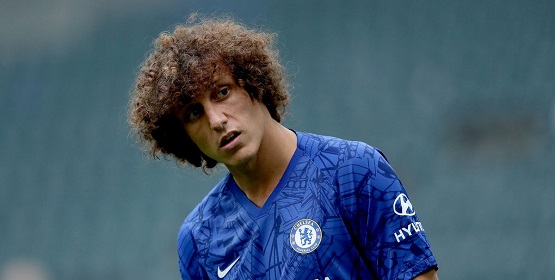 The minute I saw the David Luiz news break that he had gone on strike to force a move to Arsenal I nearly fell off my chair.

Surely this was a wind up or clickbait but no, turns out it could actually be true.

Well, Twitter went mental and no one can be surprised, I mean, this one is simply comedy gold.

Has anyone ever seen Matteo Guendouzi and David Luiz in the same place at the same time?

David Luiz and Guendouzi tracking back after another failed short corner routine pic.twitter.com/9dw1Dumfqt

How to deal with the thought of Mustafi and David Luiz joining forces ??‍♂️??‍♂️??‍♂️ pic.twitter.com/x6Sv4vPyOU

Arsenal fans – "We need a new defender. Our defense is shit"

Mood…..When you're linked with first Upamecano, you move on to Rugani and end up with David Luiz. #Arsenal pic.twitter.com/nuQXaGaoHn

And finally, our very own ThirdManJW, who regularly comments on JustArsenal, this one I found very funny and yet depressingly sad at the same time.

Luiz rumour is too bizarre to believe, although it would be a smart move from Chelsea as he would weaken our defence even further.

There are tons more, and barely any are positive. To say that Luiz joining Arsenal would be unpopular is an understatement of the highest order.

I have no idea if this will happen but there is no way I would welcome it and it seems I am not alone in that opinion, not judging by the thousands of tweets I have seen.