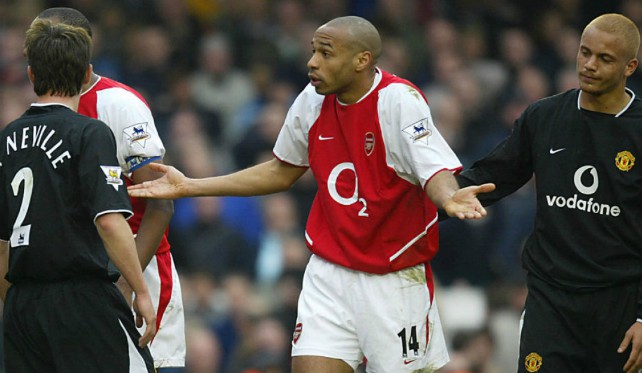 Ferguson will certainly be regretting this one!

Former Manchester United manager Sir Alex Ferguson didn’t get a lot wrong, but it’s fair to say he will have ended up regretting the fact that he had a golden opportunity to sign Thierry Henry.

The Frenchman was apparently keen on joining Man Utd during his difficult time at Juventus, but ended up at Arsenal instead, as some of you may remember.

It turned out Henry was pretty good, and, bizarrely, United’s former head of security, Ned Kelly, claims Ferguson was told that he wanted to come to Old Trafford, but turned him down because he thought he was too injury prone.

“In the tunnel after the game my phone goes, Eric’s older brother Jean-Marie [Cantona] says, ‘Ned, tell Alex [Ferguson] that Thierry Henry wants to come to the club’,” Kelly said told beIN Sports, as quoted by the Metro.

“Now this was before he [Henry] went to Arsenal, his first choice was Manchester United.

“So I go to the boss and say, ‘boss, I’ve just had Jean-Marie Cantona on the phone, he had said Henry wants to come to the club’.

Henry may not have been in the form of his life at Juventus, but injuries never particularly seemed like much of a problem for him, so this was a major blunder by Fergie, with Henry going on to star in the Premier League for many years, scoring a few blinders against the Red Devils on the way to picking up a couple of titles as well.