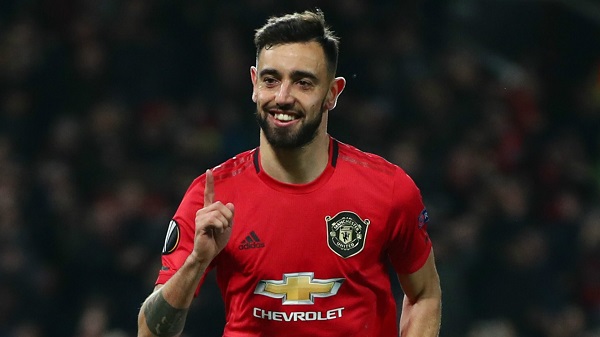 Emile Smith Rowe says that Manchester United’s Bruno Fernandes is one of the players that he looks up to in his career.

Fernandes has been one of the best signings in Europe in the last year after he moved to United from Sporting Lisbon.

The Portuguese midfielder has come to take some shine off the likes of Kevin De Bruyne in the Premier League, and he has been in a class of his own.

Smith Rowe has now emerged as one of the key members of the current Arsenal team after breaking into the starting XI late last year.

He was one of the stars of the show as the Gunners beat Newcastle United 3-0 recently, putting in an incredible shift.

After the match, he spoke about his admiration for Fernandes, whom he said had some crazy stats.

Smith Rowe told Sky Sports: “I look up to Bruno Fernandes as a player. His stats are crazy.

“We enjoyed that so much, we’re coming together as a team so we’re really happy with the win and the three points.

“Everyone’s getting fit and we’re all getting together on the training pitch. Just the whole group is so much stronger and I think it’s showing on the pitch.”

As he continues to grow into an experienced midfielder, Smith Rowe might become as good as the Portuguese midfielder has been for United.

Smith Rowe’s ex-coach says he has surprised many by breaking into the first team
23 February 2021, 20:45