How Arsenal spent £4.1m per point this Premier League season

Arsenal has ended this season in their worst league position for more than 20 years.

It has been a season of ups and downs, but their poor start ultimately cost them a place in Europe via the league table despite a late return to form.

They have one of the biggest wage bills in the Premier League and they had to ask their players to take pay cuts at the onset of the coronavirus pandemic.

This means that the Gunners have been paying wages for the underperformance of their players.

Sun Sports recently made a comparison between the wages that the Premier League teams pay and the points return that they have gotten this season and the numbers are alarming for Arsenal.

With the likes of Mesut Ozil earning bigger than most Premier League stars and even those at winning teams like Liverpool and Manchester City, the German’s wage and lack of contribution means that Arsenal has been paying far more than the points they have been earning.

The report claims that Arsenal’s wage bill is £232m and when that is divided with the number of points that Mikel Arteta’s team earned this season, it turned out that the Gunners have spent £4.1m per point this season. 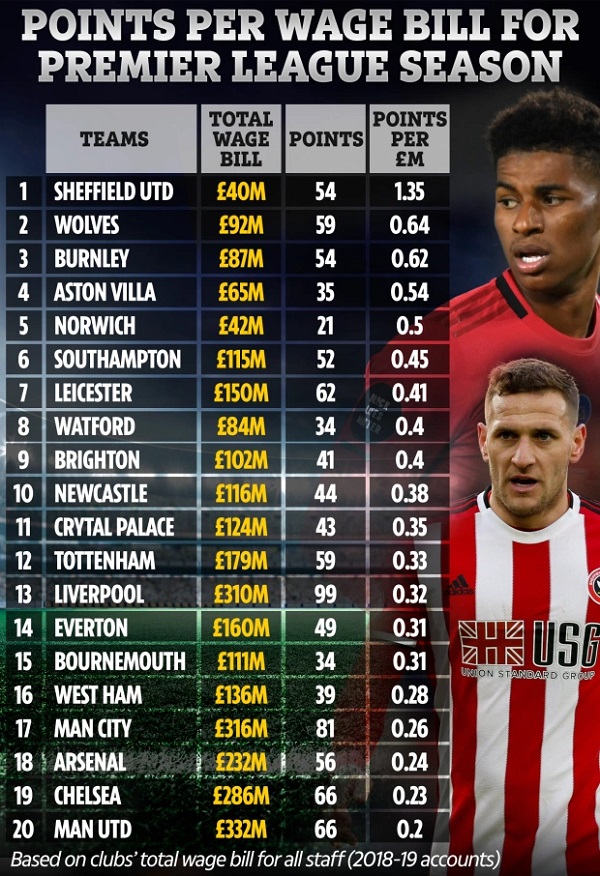