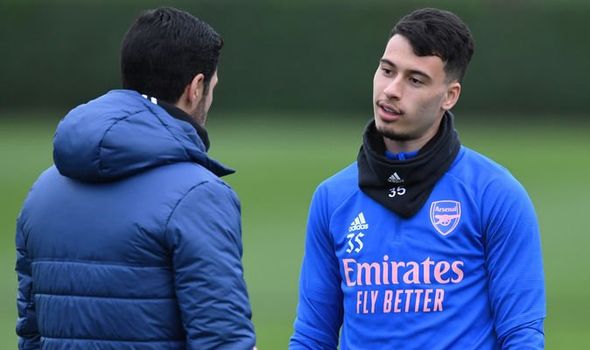 How can Arteta keep all the Arsenal strikers happy this season?

It seems very strange that Mikel Arteta didn’t managed to cut back on the number of strikers in the Arsenal squad in the summer, and he currently has our captain Aubameyang, Lacazette, Nketiah, Martinelli and Balogun all wanting to get a piece of the action as centre forward.

But with no European football, the opportunities for the backups to Aubameyang are few and far between. It is telling when you think that our top scorer from last season, Lacazette, has only made 2 substitute appearances in the League in this campaign so far.

Eddie Nketiah has only seen action in the League Cup, but that could simply be a product of him refusing to take a wage cut to move to Crystal Palace in the summer, and is now aiming to leave for nothing in the summer. He may have signed his own death warrant there for this season.

The 20 year-old Gabriel Martinelli seems much more promising anyway and started our first two games this season when there were very few other options available, but has also appeared in the League Cup and has less reason to complain than Lacazette.

But the season is long and Arteta has told the young Brazilian that he needs to be a little patient and relax a little. “We sometimes forget his age, what he’s done and where he is.” Arteta said. “We need to try to help him to maintain that balance because you know you can generate frustration that, in my opinion, comes out of a not very realistic diagnosis. You need time to do that.”

And then we have Folarin Balogun, who was promoted to the first team this season. After an awful introduction in our first game against Brentford, the youngster was quickly sent back to the U23s, where he quickly regained his confidence. So far he has scored 6 goals in 5 games for the reserves, but at least he gets to play, while Martinelli and Lacazette just have to sit on the bench and hope they get a few minutes from Arteta.

It must be tough sitting and watching Aubameyang doing very little on the pitch – and knowing they could do better.

How can Arteta keep all these strikers happy this season? Should he rotate more often?
Dan Smith stars in this week’s The Just Arsenal Show ahead of the Crystal Palace match