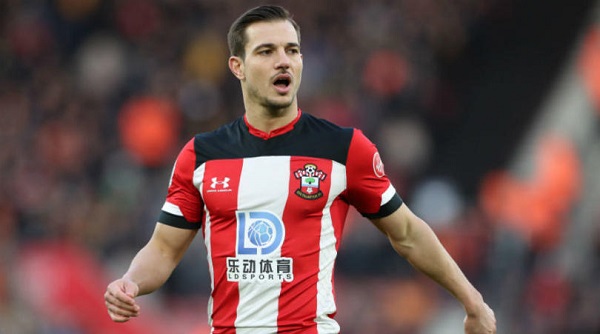 Arsenal is reportedly keen on signing Cedric Soares before the transfer window closes.

The Gunners want to make him their second signing under Mikel Arteta and so many fans have been wondering “Why Cedric?”

Arsenal is operating under a limited budget this month but the Gunners know that it could be disastrous if they don’t add defenders to their struggling backline.

Soares is a decent player, he, however, fell out of favour at Southampton at the end of last season and he was shipped out to Inter Milan on loan.

Inter decided against making his loan deal permanent and Southampton have decided to allow him to stay and run down his current deal.

He will be a free agent at the end of this season, so what should Arsenal expect from him.

Soares is not a journeyman footballer, he is talented and can do a job, certainly in rotation, for Mikel Arteta.

He was a member of the Portugal team that won the 2016 Euros as well as winning third place in the FIFA Confederation Cups in 2017.

He is a good tackler, but his major strength is his attacking abilities. Soares is one of the best crossers of the ball, knows when to get forward, and I reckon he will be a quality backup to Hector Bellerin.

Arsenal has used Maitland Niles as a deputy to Bellerin so far, but Soares would represent a more experienced option.

The January market is a risky one to get good players in and Soares does represent a safe option from a financial perspective.