How many more Arsenal transfers could happen this month?

There are only a few days left of the January transfer window, and so far it has been pretty successful for Arsenal with the arrival of Mat Ryan and Martin Odegaard, and the exits of Mesut Ozil, Sokratis and Sead Kolasinac so far.

But as usual, we expect the last few days to be hectic, with more exits and hopefully at least one more arrival at Arsenal.

Arteta has already mentioned that he could be looking for a new left-back as backup to Kieran Tierney after the departure of Kolasinac, but I doubt that we would need to win a jackpot at an online casino to buy one, as Arteta and Edu only seem to be interested in loan deals this month.

Also, Cedric Soares played so well in that position this week that Arteta may have changed his mind about a new arrival and could give more game time to the Portugese international at left-back. 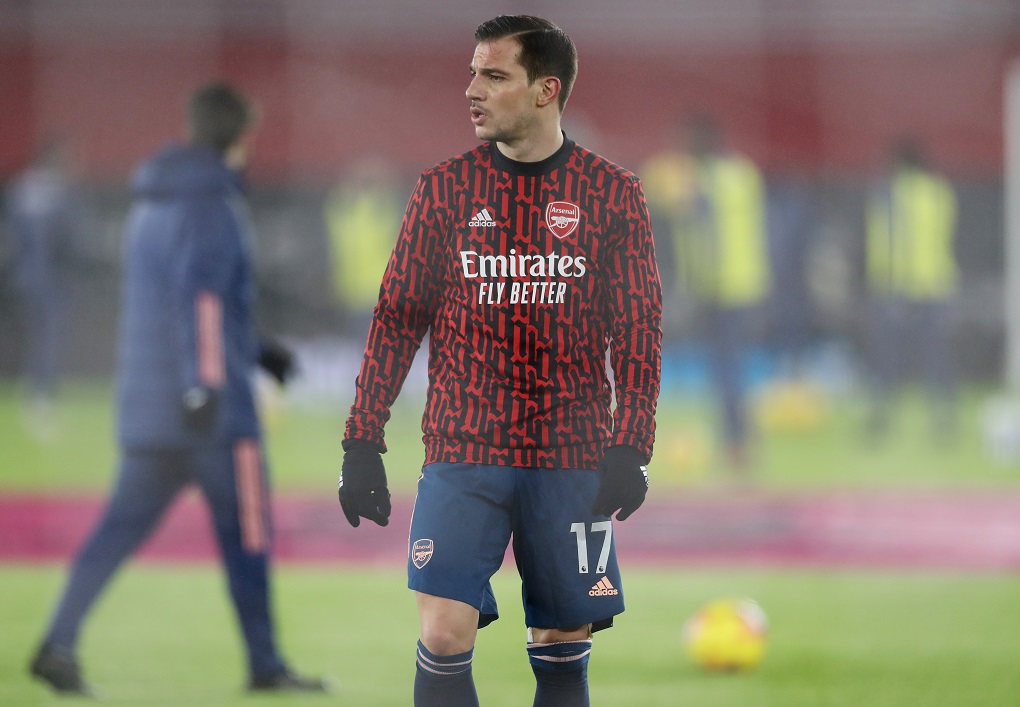 SOUTHAMPTON, ENGLAND – JANUARY 26: Cedric Soares of Arsenal looks on during the warm up prior to the Premier League match between Southampton and Arsenal. (Photo by Naomi Baker/Getty Images)

As for more departures, Arteta has hinted that there could some peripheral and younger players going out on loan to get some game time. The boss told Arsenal.com: “That’s a conversation that we are having with the players that are not having a lot of time. Obviously we want to keep their development going and we will make decision in the next three days with some of them on what the best thing is to do. We try to be clear and transparent with what the plans are and their roles in the team and after that, we decide on the best thing for the players and the club.”

The situation with Folarin Balogun is still up in the air of course, but it is possible that Arsenal could try and sell him now instead of losing him for free in the summer, although I think his agent is keener on a Bosman at the end of the season so he could command a big signing-on fee.

Another one that could be leaving is Shkodran Mustafi, who has only made one start in the League so far this season, and when Arteta was asked about the German, he didn’t deny it was a possibility and admitted that there were talks going on. “Again, he’s another situation at the moment that is opening and we are having conversations internally with the player and agent. We will see what the right solution is for this one as well.” Arteta continued.

“We are monitoring the situation, I cannot say much more than that. We have conversations ongoing and we’ll see what’s the best [decision] at the end of the transfer window.”

One that I was expecting to be going is Ainsley Maitland-Niles, who appears to have been frozen out by Arteta, but the boss seems to be of the opinion that the England international should put his head down and fight to find a way back into the first team squad, especially if he is hoping to go to the Euros in the summer. “Yes, it is a concern when there is international football involved as well and the chance to reach that opportunity. I understand that Ainsley wants more minutes and what he needs to do is fight, train and challenge his teammates and show us that he can be one of our starters.”

Who else do you think will be moving out this January?