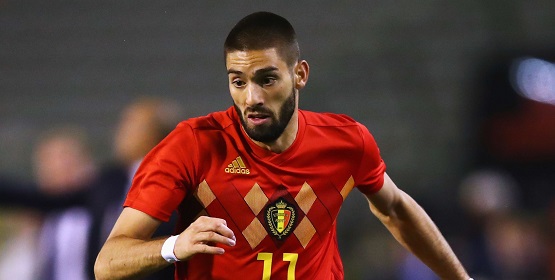 How much should we read into the Yannick Carrasco to Arsenal speculation?

Belgium winger Yannick Carrasco has revealed that there is an offer on the table for his signature and the natural leap for some is that offer comes from Arsenal.

The thing is this, there is absolutely no way of confirming that unless the player or club say so and at no stage has there ever been any official indication that we are interested in signing the 25-year-old this summer.

We were reported to be interested in him back in January but instead went with Denis Suarez and so I can see how the inference is that it is us that have made the offer this time around but it is all assumption and nothing else at this stage.

There is nothing wrong with making educated guesses but at the end of the day it still remains a guess and we could play that game all day long, in fact, we could have done if for the last seven years with Dortmund ace Mario Gotze.

I am not saying Carrasco will not end up at the Emirates but I am saying that we are no closer to knowing if we are going to sign him today than at any previous time.

He is currently plying his trade in China with Dalian Yifang and is desperate to return to Europe and has admittedly said he would like to play in the Premier League.

He said: “All the people know England is one of the best championships in the world, it’s a big competition.

“The players who play in the Premier League tell me it is a physical league, strong, but you also have a lot of space.

“Sometimes when you play in other countries you do not have a lot of space but in England it is open, the play is up and down the pitch.

“That would suit me. I think I can play in a lot of competitions in the world, I can attack and also I can defend.

But again, that does not mean that he is in talks with us, just means he is like thousands of professional footballers that would like to play in the best league in the world.

The bottom line is that we should not read too much into the latest Yannick Carrasco speculation but neither should we dismiss them out of hand.

That said, I would love to see him sign with us.