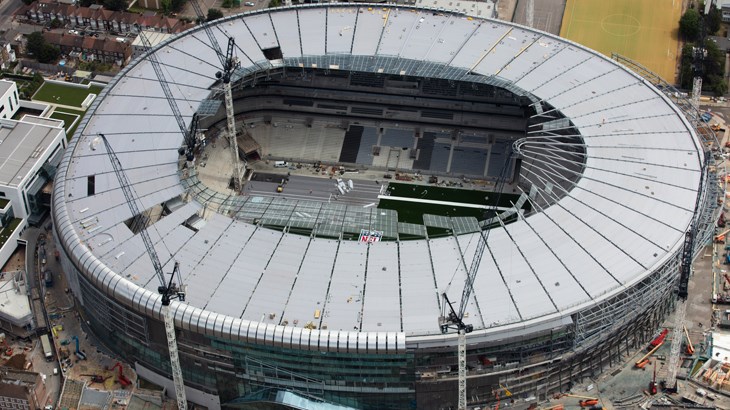 How Tottenham are coping with this crisis, compared to Arsenal

HOW IS THE ENFORCED FOOTBALL LAYOFF AFFECTED OUR NOISY NEIGHBOURS DOWN THE ROAD?

With this coronavirus epidemic having no end in sight, revenue for all football clubs, apart from their shopping channels, are nigh on zero.

It seems that the spuds are approaching this problem quite differently to us. The Arsenal billionaire owner, Stan Kroenke, having shown the class of one, and Joe Lewis the money grabbing side of the other.

But there are very pressing financial matters that the Spuds have to consider.

It was reported that Levy was targeting a world record naming rights deal for the toilet bowl, that involved a 15 year deal, at the cost of £375,000,000. This dream has now collapsed as the coronavirus is hitting the financial world like never before.

What I also discovered was that the spuds training ground is included in that figure, with the new training facilities still owing £21,000,000.

This was projected to be paid back by April 2022, but it now seems that, with the reduced income from the playing and commercial side of things, drastic action is necessary.

It is also being reported that Mourinho will have nowhere near the transfer budget originally intended.

With the official line from spud officials being that they expected £100,000,000 in match day revenues over the season, compared to the £55,000,000 Tottenham Hotspur Stadium repayments, things looked rosy,

They need money from somewhere…but the heavyweight fight between Joshua and Pulev being officially postponed, that opportunity has been ko’ed!! Who knows when the American football bandwagon will be back? The rate that the coronavirus is sweeping across the USA, no time soon is the answer.

Finally, if the premier league is declared finished and positions at present as final positions, the CL revenue that has made so much money for Tottenham over the last three seasons will disappear as well.

Now I’m just an ordinary Arsenal fan, with no idea of this level of finance, but with all our problems, I’m just pleased that our stadium debts only amount to £15,000,000 a year for the next ten years, we have survived three seasons without CL revenue, we have secured all our major sponsorship deals and have a manager in place who has proved he can work with players who have previously been seen as “dross”.

Mourinho has always wanted to buy top players and gets ratty when these are not forthcoming, losing the dressing room and getting sacked – meaning more compensation needed and a new Tottenham manager needed.

Just my take on what the media is reporting of course, does it seem a reasonable view?

Keep safe out there and keep your glass half full!!!