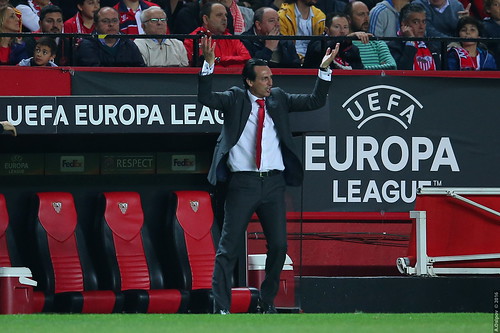 You could make a good argument that if Arsenal wins this season’s Europe League Cup final, UEFA should rename the trophy in Unai Emery’s honour. The Gunners’ boss won the trophy three times in a row with Sevilla and victory at the end of May would make in four triumphs in six seasons for the Spaniard.
The two-legged win over Valencia on May 9, 2019, was Emery’s 21st win in a row in Europa League knockout ties and put him within 90 minutes of extending his record number of wins. But how did the 47-year-old coach become a Europa League specialist?
Early signs of cup-winning mentality
Winning a competition once is an achievement, winning it twice could be attributed to a combination of technical know-how and luck but winning it three times in a row suggests there must be some formula kind of formula behind the success. With Emery now eyeing his fourth title in Europe’s second-tier competition, any betting fan out there with a free wager to place would be tempted to put their money on his North London team who face Chelsea on May 29.
Emery first showed his prowess in cup competitions when he led lowly Spanish side Lorca to a 5-2 win over La Liga side Malaga in the last 32 of the Copa del Rey in 2004. The Murcian team were playing in the third tier of Spanish football at the time and were losing 2-0 after 60 minutes. Somehow, they levelled the scores and took the game to extra-time where they dominated their top-flight opponents.
They could not repeat their heroics in the next round against Atletico Madrid but Emery did lead the side to promotion to the second division for the first time in their history in the same season.
A history of over-achievement
Emery’s exploits at Lorca earned him a move to Almeria, who were in the second division at the time. He led them to automatic promotion in his first season but lost on penalties to Malaga in the third round of the Copa del Rey as the Andalusian side took their revenge on the Basque Country-born technician. In his first season in the top flight, he led the Rojiblancos to an eighth-place finish and was offered the chance to coach Valencia.
During his time at Los Che, the club was suffering from severe financial problems that restricted their ability to compete in the transfer market and forced them to sell their best players. Despite this, Emery led them to a sixth-place finish in his first season followed by three consecutive third-place finishes. He also took them to the quarter-finals of the Europa League in 2010 and to the semi-finals of both the Copa del Rey and the Europa League in 2012.
His steady progress in the league and Europe was not enough to keep him at a club where he was expected him to break the Real Madrid/Barcelona duopoly despite having little money to spend.
The glory years at Sevilla
A brief but unsuccessful stint at Spartak Moscow in Russia followed before he was offered the chance to return to Spain with Sevilla. Despite arriving mid-season, he led the club to the semi-finals of the Copa del Rey and Europa League qualification.
While at Sevilla, he formed a close relationship with Director of Football, Ramón Rodríguez Verdejo, more commonly known as ‘Monchi’. Between them, they developed a reputation for identifying value targets in the transfer market that could be sold on for a profit at a later date. During Emery’s spell at the club, Sevilla managed to eliminate much of the debt they had accumulated in the previous decade.
Sevilla never finished higher than fifth in the Spanish first division under Emery but they won three-straight Europa League titles and also reached the final of the Copa del Rey (2015/16) where they were beaten by Barcelona in extra time. 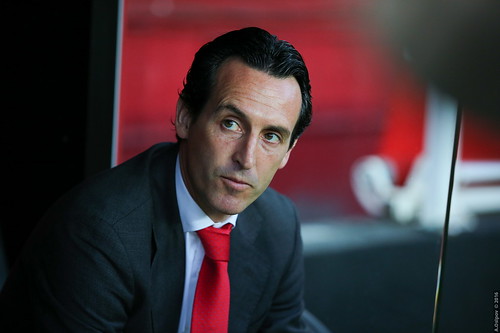 An impressive domestic cup haul in France
Emery’s growing reputation as a cup specialist almost certainly played a part in his appointment at Paris Saint-Germain. The club’s hierarchy was desperate to win the Champions League and identified the Spaniard as the man to handle the task.
In two years at the club, he amassed an impressive six domestic cups and one league title but failed to progress beyond the Round of 16 in the Champions League despite the €222 million purchase of Neymar in 2017. The club had managed to reach the last eight of the competition in each of the four seasons before he arrived.
It seemed that Emery’s tactics and style of play did not translate to Europe’s elite-level competition. In Paris, he had a team full of star names and a transfer budget that most clubs can only dream of but he was not able to repeat the knockout heroics he managed in the Europa League on a shoestring budget.
Questions remain
For Arsenal fans, the doubts about Emery’s ability to mix it at the top level have already surfaced. A Europa League win would be most welcome and would guarantee Champions League football next season. But if Emery could not progress beyond the last 16 with the resources he had available in France, how is he going to do it at Arsenal?
Optimists will suggest that at 47 years of age, he is still a young coach and will only improve. And that the working environment at Arsenal will give him more overall control than he was afforded in Paris. If he can build a team in his own image, without being forced to buy or sell certain players each year, then maybe he can finally take that step up and compete at the top level.