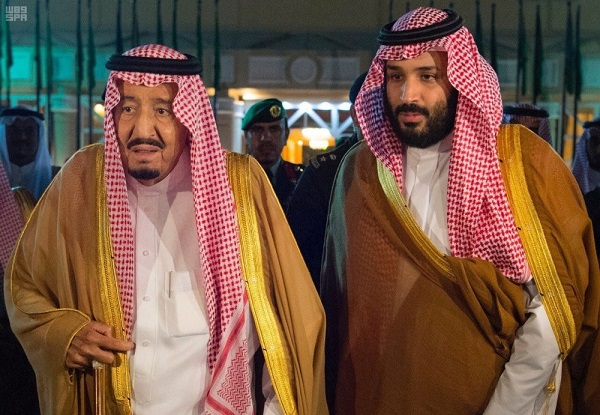 How would Arsenal fans feel if Saudi Arabia bought us instead of Newcastle?

If We Were Newcastle? By Dan Smith

The Premiership’s decision on whether Saudis Arabia’s Public Investment Fund can buy Newcastle affects every club in England, and not just because it would mean the Toon could outbid everyone in terms of transfer fees and wages.

You see some things are bigger than football.

If the League gives the green light or doesn’t, it affects the image of one of the UK’s biggest brands, as well as sending a potential message to any billionaires out there who want to purchase a club.

In this case we are talking about a country, as the 300 million bid is financed by Saudis Arabia’s Public Investment Fund. Mohamed bin Salman, in 2016, ordered the kingdom Sports Authority to develop sport in the nation.

By 2030 he wants football to grow, new sports to be discovered and add 40,000 jobs. That’s publicly. Privately, the belief is the Crown Prince is simply trying to distract the world from ongoing human rights abuses and to rebrand itself diplomatically by advertising ongoing reforms.

Motor Sport, Wrestling, Golf and Boxing all had fans unhappy that events were being hosted based on what they saw as propaganda, but blank cheques meant it was financially irresponsible to say no. Propaganda in terms of its a country historically who reject Western Entertainment and Sport (they only opened their first cinema after a 35 year ban two years ago).

Owning an English Football Club would tick so many boxes. If he brought trophies to one of the game’s most passionate cities does he become celebrated, while the Magpies fan base grows in his homeland?

Would that allow him to advertise his policy changes such as allowing women to open their own businesses, to drive, to be allowed to travel abroad (for decades they required a man’s permission) when in reality treatment of women remains horrific.

So, where an Abramovich purchased Chelsea as a plaything, The Kroenkes bought Arsenal to grow a portfolio, there are now Princes trying to buy teams just to highlight transformations they are making in another part of the world.

Geordies might say sport has nothing to do with politics, yet when it suited their agenda, they were always pointing out how Mike Ashley was treating his Sport Directs employees. I guess it’s different when one man wants to spend money and the other doesn’t?

Yet can you criticise? Would a lot of fans turn the other cheek if it meant they had a chance of seeing their team be champions?

I believe the Gunners will never be champions under Stan Kroenke, but I understand being an owner with zero ambition is not as bad as what I know goes on in one of the few nations to have refused to have signed the Universal Declaration of Human Rights. Maybe if it wasn’t so obvious what the motivation of him buying the club was?

Should sport and politics be kept apart?

Sometimes it’s impossible. WWE for example are being paid a fortune over 10 years to twice fly wrestlers over, selling their own morals by not allowing women to wrestle and allowing talent from Syria to be banned.

The assumption has to be that pre-season tours will suddenly be arranged in the likes of Jeddah. How do fans from a working-class city feel about travelling to a place where you can get arrested for being drunk or flogged for adultery.

After three years they finally convinced those in charge to allow a women’s match, on condition they cover their entire bodies up with baggy clothes. They were forced to advertise the moment as hope for young females in the region. In reality, some men in the crowd booed and threw drinks over the sight of women having that kind of freedom.

The US media condemned WWE for continuing their working arrangement when America intelligence said they believed journalist Jamal Khashoggi had been killed when entering the Saudi consulate in Istanbul (Turkish officials claims to have evidence of his torture and murder). This obviously was world-wide news with the CIA informing Donald Trump they were convinced by their intel that the Saudi Prince was behind the murder.

WWE were therefore pressured and condemned for still working with the Prince. Now change WWE names to Newcastle United, or even worse the Premiership.

Yet the Premier League are in an awkward situation. You see me and you can say we are comfortable or not. I can say I don’t want the game I love used as a prop for a government to tap themselves on the shoulder for giving women rights, they always should have had.

I can tell you stories about torture and public executions, women not allowed to report sexual assault, women in jail with no charge simply for protesting, etc, and clearly when you hear that of course that’s bigger than football. Yet did it stop people from ordering the last Antony Joshua fight? That’s what Newcastle fans might point out if any takeover is blocked.

In many ways the Premier League can’t win. They are getting pressure from parliament to take an ‘active lead against sportswashing’ by undertaking a ‘fit and proper persons test’ you are meant to consider whether a person is qualified to fulfil all obligations, in this case are the funds being quoted legitimate (which of course they are).

Richard Masters has said he is considering a letter written by the fiancée of Mr Khashoggi, who is pleading for Newcastle fans to ‘unite to protect the club’. If WWE made the news for running an event against the wishes of the US, imagine the coverage if English football goes against the pleas of Hatice Cengiz?

Yet how do you say ‘no you can’t buy a club’ because the United States thinks your prince has broken international laws, when he denies knowing anything about the disappearance of Khashoggi? That equally would make headlines.

How can you as a football governing body be biased and decide which country you politically agree with? How can you tell Saudi Arabia you can’t buy an English club, but Abu Dhabi can buy Man City?

How can you take the moral high ground over your beliefs here, then in two years send England to the World Cup in Qatar, also a nation whose human rights contradict Europe’s, in stadiums where builders have been underpaid and died, all because the oil shiekhs are super-rich.

A loophole could be that Saudi Arabia are currently broadcasting football from an illegal service. Yet as a compromise, reports are saying they might now bid for TV rights as a sweetener to the League to not stand in their way of getting what they want. That would be the ultimate sportswashing.

Is sportswashing a concern of the modern fan? There are many examples of how a man or woman gets wrapped up in their footballing bubble, saying and acting on a matchday like they wouldn’t dare elsewhere.

There will be some Newcastle fans who will be only thinking about how this takeover could lead to money, marquee signings and trophies. I just think they should hold up their hands and admit that. This idea that they can separate their club from what the owner does is a lie, when you consider how much they spoke about Mike Ashley.

I have been so vocal about our American owners that I would then feel dirty celebrating a takeover from an owner who treats people the way he does.

Simply because he’s going to spend lots of money, I couldn’t ignore that.

It would be like dating a women who’s broken the law, but accepting it because she buys me an expensive house. The rest? Out of sight out of mind, some will say that. If it doesn’t affect them who cares if your owner is responsible for the suffering of many on the other side of the globe?

If this sportswashing becomes successful will others see this as an opportunity? In 10 years will all 20 clubs be owned by Kings and Queens who don’t love football but are trying to sell whatever standards and legislation they are forcing upon a country.

This decision is imminent and affects the future of the game more than you might think. It’s hard to see how a takeover will be blocked when every other sport seems to put money over morals.

What if we were in Newcastle’s position right now? Would you care about the owners background? What he does and doesn’t do in his homeland?

Is there a line where you wouldn’t feel comfortable?

No right or wrong.