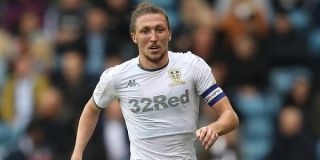 Leeds United defender, Luke Ayling, has criticised the training methods at Arsenal when he was coming through the ranks at the Emirates.

The Englishman is now a key member of the Leeds side that has just secured a return to the Premier League.

However, he started his career on the books of Arsenal after spending 10 years in the club’s youth system before being promoted to the first team.

He failed to make it as a regular first-team member and joined Yeovil Town permanently, where he made a name for himself over four years.

He then went to Bristol City before securing a move to Leeds United in 2016.

He has been under the management of Marcelo Bielsa, one of the most demanding managers in the world, yet he recently told the Whites TV station that he didn’t enjoy his time at Arsenal.

He said it was because the Gunners were all about playing from the back and they focused more on keeping possession in training sessions.

Ayling said on the club’s Twitter account: “I didn’t like playing for Arsenal. I didn’t like that it was all about playing out from the back, and training sessions were all geared around keep-ball.”